Israel wants $4b. to $4.5b. in aid in a new agreement to replace the current memorandum of understanding, or MOU, which expires in 2018. 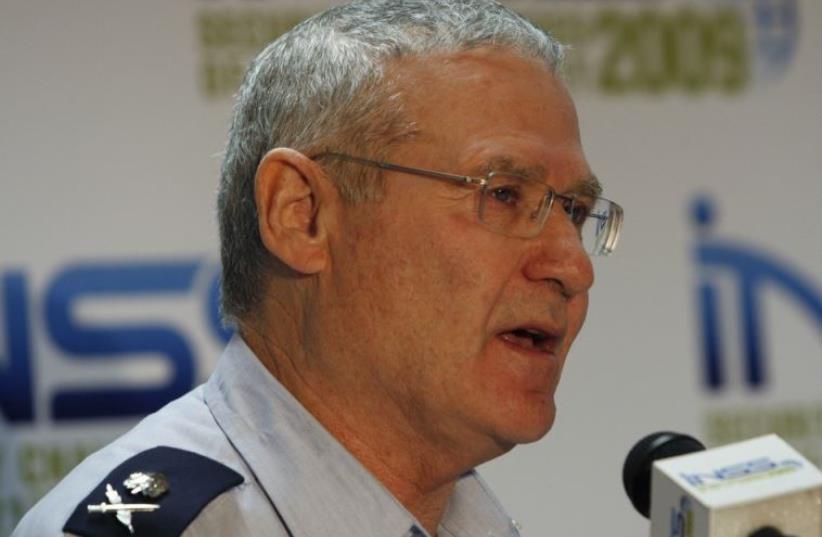 Amos Yadlin, the former head of Military Intelligence
(photo credit: REUTERS)
Advertisement
Prime Minister Benjamin Netanyahu erred in rejecting US President Barack Obama’s offer of a 10-year defense aid package, the former head of Military Intelligence, Amos Yadlin, told Army Radio on Tuesday.Israel wants $4b. to $4.5b. in aid in a new agreement to replace the current memorandum of understanding, or MOU, which expires in 2018.US officials have given lower target figures of about $3.7b. They hope for a new agreement before Obama leaves office in January.The Obama administration wants to cement a new 10-year defense aid deal before he leaves office in January to demonstrate his commitment to Israel’s security, especially after reaching a nuclear agreement with Iran that Israel strongly opposed.A White House official said discussions with Israel were continuing. “We are prepared to sign an MOU with Israel that would constitute the largest single pledge of military assistance to any country in US history,” the official said.“We want more [in the aid package], because we think that in light of the threats we face [we should get more],” Yadlin told Army Radio. “But I think the right thing to do would be to go for a 10-year agreement on the basis of the sum that the [Obama] administration offered with an option for Congress to add more money during the life of the deal, as was done in the past.”Likud ministers and MKs close to Prime Minister Benjamin Netanyahu expressed satisfaction Monday with 83 US senators writing a letter to US President Barack Obama urging him to quickly approve a new defense aid package for Israel worth more than the current $3.1 billion per year.Obama has reportedly agreed to raise the package to $4b., but Congress wants him to go higher.“There is wide support for Israel’s security needs, crossing camps in the Senate and among the American people,” said Tourism Minister Yariv Levin, who has become Netanyahu’s closest political ally.“The letter proves relations are strong, and attempts to paint our relations as if they are in crisis are wrong. The reality is very different.”Levin denied any involvement of Netanyahu and his loyalist, Ambassador to the US Ron Dermer, in encouraging the letter. But Channel 10 quoted sources saying that AIPAC was involved, and “AIPAC does not do anything without getting a green light from Jerusalem.”Israeli officials said it was encouraging to see such strong support for Israel from both parties and the American people. Likud MK Nava Boker went further, saying that the letter proved wrong those who thought Netanyahu had damaged relations between the two countries by delivering a controversial address against Obama’s nuclear deal with Iran to a joint session of Congress.“All those who have blabbered about international isolation should stop lying to the public,” Boker said. “Unfortunately, there are still people in Israel who believe Israel must fit itself to the demands of its allies instead of acting out of Israel’s national interests.”Kulanu MK Michael Oren, a former ambassador to the US, suggested that the senators who signed the letter understand Israel’s security needs better than Obama.He mocked the US president for saying in Germany that the current era is “the most peaceful, most prosperous, most progressive era in human history.”“President Obama’s claim that the world is more peaceful will not reassure the citizens of the Middle East, hundreds of thousands of whom have been murdered and millions displaced,” Oren said. “Israel is dealing with many significant security challenges in the heart of the Middle East, and I’m glad that this has been recognized by the 83 senators who signed the letter.”Zionist Union MK Nachman Shai said Netanyahu should stop playing off the current American government against the next one.“This is a dangerous step and a gamble that Israel cannot not allow itself to take,” Shai said.The senators who signed the letter were led by Republican Lindsey Graham and Democrat Chris Coons. Sen. Ted Cruz, a presidential candidate, was one of the 51 Republicans on board. The Senate’s Democratic White House hopeful, Bernie Sanders, was not among the 32 Democrats.“In light of Israel’s dramatically rising defense challenges, we stand ready to support a substantially enhanced new long-term agreement to help provide Israel the resources it requires to defend itself and preserve its qualitative military edge,” said the letter.A White House official said discussions with Israel were continuing. “We are prepared to sign an MOU with Israel that would constitute the largest single pledge of military assistance to any country in US history,” the official said.The funding is intended to boost Israel’s military and allow it to maintain a technological advantage over its Arab neighbors.The letter said the Senate also intends to consider increased US funding for cooperative missile defense programs, similar to increases in the past several years.Obama has asked for $150m. for such programs, but lawmakers are believed to be willing to send Israel hundreds of millions for programs like its Iron Dome air defense system and the David’s Sling medium and long-range military defense system.Gil Hoffman, Lahav Harkov, and Reuters contributed to this report.