The Jerusalem Lone Soldier Center in Memory of Michael Levin was founded in 2009 to aid the thousands of lone soldiers serving throughout the country. 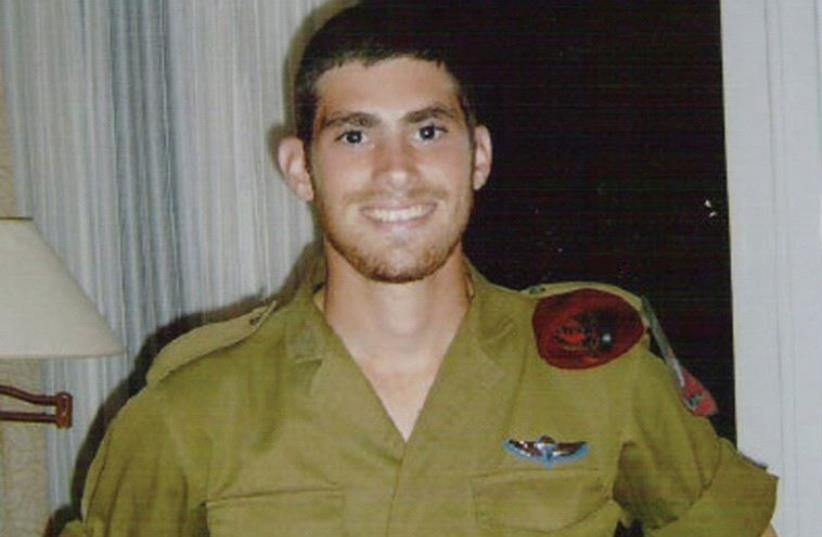 PARATROOPER MICHAEL LEVIN was killed in Ayta ash-Shab, Lebanon, on August 1, 2006, at age 22.
(photo credit: Courtesy)
Advertisement
Ten years after paratrooper Michael Levin, a lone soldier from Philadelphia, was killed in battle during the Second Lebanon War, his father, Mark, said his son’s dream has been realized across the country he loved.That dream was to create community centers for other lone soldiers from around the globe, including the one in which his father proudly stood Thursday night, surrounded by dozens of loved ones and friends, to mark the memorial of his son’s death, and to celebrate his life.The Jerusalem Lone Soldier Center in Memory of Michael Levin was founded in 2009 to aid the thousands of lone soldiers serving throughout the country. It is one of three now bearing his son’s name. The other two are located in Tel Aviv and the Kinneret region.“When Michael was in uniform, about a year from finishing his service, he went to a friend who worked for the Jewish Agency which helped a lot of lone soldiers, and said that when he finished they would start a lone soldier center,” said Levin.“Michael laid out the whole thing for him, noting that lone soldiers have very special needs that Sabras do not have.For example, they have no family here to support them, and have nowhere to go to if they need things. So, to make a long story short, 10 years later, we now have three lone soldier centers in Israel with a paid staff of about eight to 10 people.”While Levin said he and his wife, Harriet, do everything they can from Philadelphia to assist the centers and nation’s 6,400 lone soldiers, he noted that all three centers have achieved autonomy from the government – offering services ranging from providing Shabbat meals, laundry, counseling, moving aid, computer assistance, paperwork and numerous recreational activities.“But mostly it helps the lone soldier community get to know each other,” he said.“Because they all knew that there were lone soldiers here in Israel, but there was no one organization to bring them all together.”In terms of his thoughts on the anniversary of his son’s death, Mark said he and his wife take great solace in how much they have accomplished in Michael’s name.“I think about how happy Harriet and I are that we were able to make Michael’s dream come true,” he said.“I think about him every day. We love him, we miss him, we’re very proud of his service here, and we are proud that we were able to support his dreams and make them come true.”Former lone soldier Daniel Charter, a 33-year-old tour guide originally from Texas who served in the Golani Brigade and was friends with Levin, described him as funny, charming, and extremely well-rounded.“Michael was maybe the most charismatic guy I ever met,” said Charter. “He’s the kind of guy who would walk into a party like this and everybody would instantly flock to him and feel a personal connection with. He was just really special, really nice, caring about Israel and hilarious.”Indeed, while Charter said many remember Levin for his heroics on the battle field, his family and friends remember a spot-on sense of humor.“Everybody always thinks about the hero, but they forget that he was a joker,” he said with a smile. “To me, he was much more of a dude.”Asked what went through his mind on the 10-year anniversary of his friend’s death, Charter said it is “hard to wrap my head around it.”“The Second Lebanon War for me was very difficult, almost a turning point in my life, so it’s hard to believe that all that time has passed so quickly,” he said.Still, Charter said Levin’s legacy remains a potent force for young tour groups he guides throughout the country.“I work with Birthright, and have brought at least 20 groups to his grave, and it’s just amazing that so many people have told me that the moment that was most meaningful to them on the entire trip was hearing me talk about him at his grave,” Charter said.“When people watch the movie about his life [A Hero in Heaven], even without meeting him, somehow they connect with him, so I’ve really seen the impact firsthand.”Indeed, Ezra Levy, a 19-yearold from Seattle who just finished basic training in the Givati Brigade and lives in lone soldier housing in Jerusalem, said Levin’s powerful legacy reminds him of the importance of serving in the IDF.“Michael is an inspiration,” Levy said. “What one person can do can make such an impact, and the commander of our entire company had everyone watch the movie about Michael because he thought it would bring up everybody’s morale to see what he did, and he was right.”Levy continued: “It’s emotional to see what an impact he made, and I hope he continues to motivate everybody.”