She has since been honored by Israel's president as one of the country's most outstanding soldiers and was recognized at a festive ceremony last week. 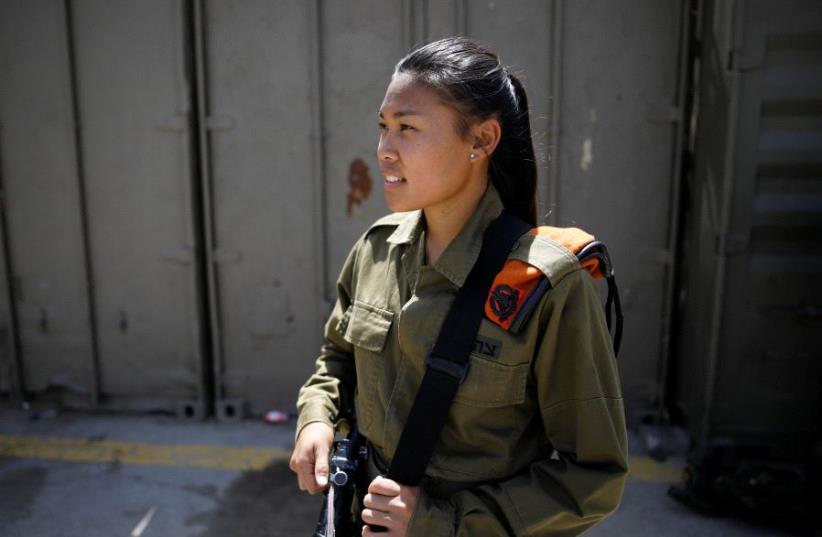 Joana Chris Arpon, an Israeli soldier from a search and rescue unit, whose parents immigrated from the Philippines, looks on during a drill at Tzrifin military base in central Israel May 10, 2017
(photo credit: REUTERS)
Advertisement
Filipina Joana Chris Arpon's unusual journey to becoming one of the few non-Israeli and non-Jewish volunteers in Israel's military began with an earthquake - in the country her parents migrated from.The disaster in 2013 struck a region where Arpon, an Israeli-born Filipino, had relatives. Amid the chaos, a search and rescue unit of the Israel Defense Forces (IDF) was dispatched to provide disaster relief, and ended up rescuing her grandmother."Then I chose to serve in the same unit that saved her," Arpon told Reuters.She has since been honored by Israel's president as one of the country's most outstanding soldiers and was recognized at a festive ceremony last week.Arpon's service is all the more unusual for the fact that, as the daughter of economic migrants from the Philippines, she is not an Israeli citizen - though she hopes to change that."I hope for myself to be an Israeli (citizen), to have it, and also to help other people in other countries as I do here in the army," she said.