Foreign Ministry employees: Someone is trying to destroy us 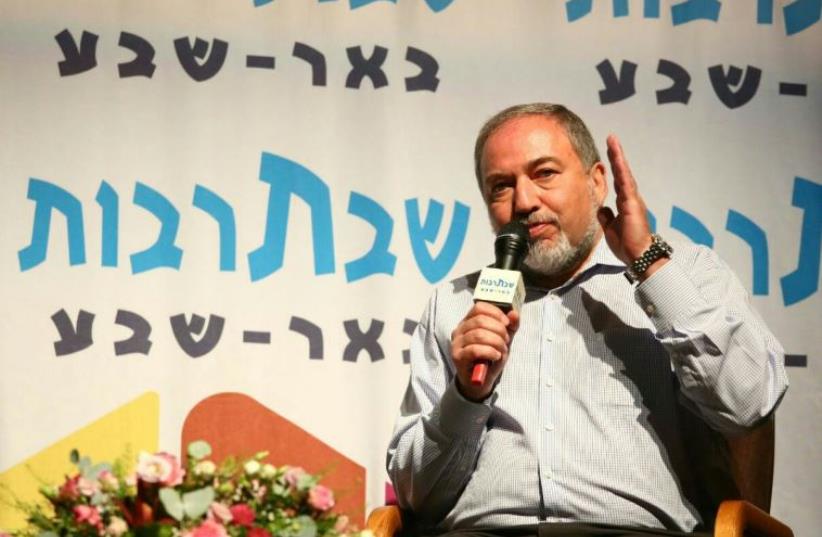 Avigdor Liberman, July 4, 2015
(photo credit: BEERSHEBA SPOKESPERSON)
Advertisement
Israel only has 100 foreign embassies to Iran’s 167, Foreign Ministry workers lamented at a meeting of the Knesset Foreign Affairs and Defense subcommittee on Foreign Policy Monday to discuss the impact of cuts to the ministry.Former foreign minister MK Avigdor Liberman (Yisrael Beytenu), who initiated the meeting, said Prime Minister Benjamin Netanyahu, who currently holds the Foreign portfolio, is cutting more and more authority from the ministry even though Israel is fighting a diplomatic battle against boycotts and against the world powers’ deal with Iran.“The prime minister is fighting against Iran’s nuclear deal with the US, but at the same time decided to close three consulates in the US,” Liberman stated. “It’s not clear what the government’s diplomatic considerations are and on what it is basing its policy decisions.”According to Liberman, other ministries are getting additions to their budgets, but the Foreign Ministry’s funds are being cut.Foreign Ministry representatives, however, said that their ministry is being cut at the same level as other ministries, its budget for special activities abroad is being increased and only seven consulates and embassies are being closed, as opposed to the 10 that were under consideration.Still, the Foreign Ministry workers – a large group from the legal, human resources, strategic, training, diplomacy and other departments – had many complaints about the budget and the cuts, which they expressed at the meeting that took place behind closed doors.Israel has only 100 full embassies out of 180 countries in the world, and in most of them, there are only two professional diplomats, as opposed to the four that are supposed to be there, which is a “chronic failure in the Foreign Ministry’s ability to function abroad,” the representatives said.Iran, on the other hand, has embassies in 167 countries and increased its Foreign Ministry budget by 20 percent.“This is leading us to diplomatic failure. Now we’ll all have to deal with a bad nuclear deal and boycotts of Israel,” the workers lamented.“The budget cut is difficult and significant, far beyond what the Finance Ministry claims,” they stated. “There are many cases in which we have a roving ambassador who lives in Israel but is responsible for nine countries.That is a joke; it’s not serious and it’s unprofessional.... We’re forced to send cadets abroad only four months after they finish their course. It’s anarchy.”The workers bemoaned that “someone decided to eliminate the Israeli foreign service, because they don’t want to hear our professional opinions. They treat us with arrogance. We have a great responsibility but zero authority.”Foreign Policy subcommittee chairman Michael Oren (Kulanu) said that as someone who was ambassador to the US for almost five years, he recognizes the necessity of the Foreign Ministry’s work.“Part of our national security depends on the ministry’s ability to function,” Oren stated. “We must reevaluate the budgets transferred to it and see how we can strengthen Israeli diplomacy.”Oren called for the Foreign Ministry to review its human resources and match it to current diplomatic realities.