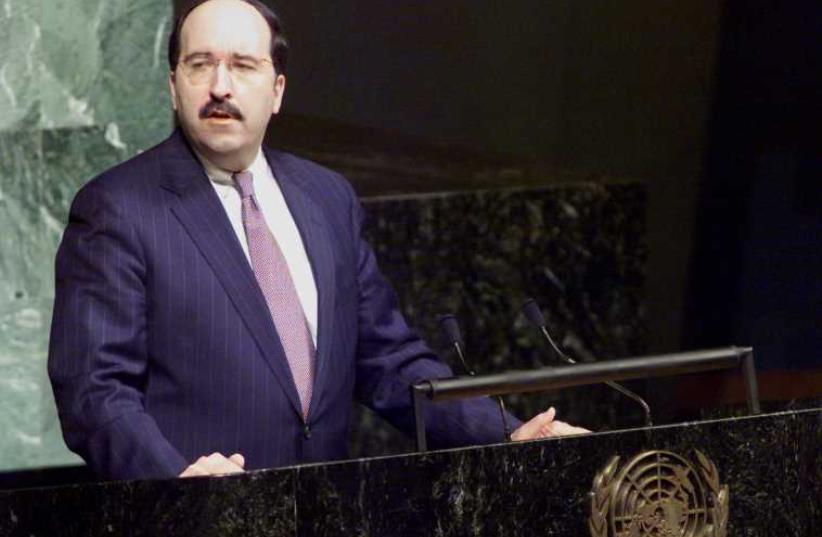 Dore Gold
(photo credit: REUTERS)
Advertisement
Foreign Ministry director-general Dore Gold told The Jerusalem Post on Thursday that he is “hopeful that in the not too distant future Israel and Turkey will find a way to reestablish their relationship.”Gold, who held secret talks in Rome in June with his Turkish counterpart, Feridun Sinirlioglu, said that regional developments and challenges are compelling Ankara to make some changes of its own.“The strategic environment around Turkey is much more complicated than it was two or three years ago, with the rise of ISIS as a challenge to Turkey, not just Syria, and the growth of Iranian power, which is not just a problem for Israel, but for Turkey as well,” Gold said.Asked why the two countries have not reconciled if indeed the situation facing Turkey today is much more difficult than it was at the time of the Mavi Marmara raid in 2010 that led to a rupture in the ties, Gold responded: “Everything takes time.”As to whether he thinks that Israel could ever reestablish relations with Turkey with President Recep Tayyip Erdogan at the country’s helm, Gold replied: “I think countries ultimately operate according to their interests, and I think Turkey and Israel do have important converging interests.”Gold is expected to meet with a delegation of senior Turkish journalists the ministry is bringing to Israel next week.Last week, Yasin Aktay, a top adviser to Turkish Prime Minister Ahmet Davutoglu, was quoted in a Gaza-based newspaper as saying that an Israeli-Turkish reconciliation is in the offing.In that interview, Aktay also said a long-term Hamas-Israel deal is in the making, one of a number of similar stories that have appeared in recent days claiming that Israel and Hamas are on the verge of a 10-year truce, mediated by former British prime minister and ex-Quartet envoy Tony Blair.According to a report in the London-based, Arabic-language newspaper Rai al-Youm this week, senior Hamas figure Moussa Abu Marzouk has already met with some of the factions in the Lebanese capital regarding the possibility of the extended truce.According to the report, the deal struck between Blair and Hamas head Khaled Mashaal would include the freeing of Palestinian terrorists who were rearrested after being released in the Gilad Schalit deal, the construction of a floating port linked to Turkish Cyprus, and a significant easing of restrictions on Gaza’s entry points.Gold, however, dismissed the reports, saying Hamas “remains unreformed” and Israel “is not negotiating with it.”He characterized as “really inappropriate” talk of Hamas being a partner for Israel, since it “remains a dangerous organization committed to Israel’s destruction, and is also equipping itself for future rounds of warfare.”Gold said that over the past decade there has been a school of thought claiming that “Hamas is on the verge of becoming a political organization with whom you can engage diplomatically.”He added that “recent events show that is simply not true.”“Take for example the fact that Hamas is now the ally of the Ansar Bayt al-Maqdis jihadi organization in northern Sinai, which is part of the ISIS network,” he said. “You can’t have Hamas as a movement about to become a moderate partner for negotiations and at the same time have Hamas fully engaged with one of the most dangerous jihadi organizations in Israel.”Gold, who held meetings last week in Berlin, said that he does not believe there has been any slippage in Europe’s conditions that it will only engage with Hamas if the group forswears terrorism, recognizes Israel, and accepts previous Israeli-Palestinian agreements. Gold said that he believes that those conditions “remain rock solid.”Jerusalem Post staff contributed to this report.