Neeman was a fixture in governments led by Prime Minister Benjamin Netanyahu. 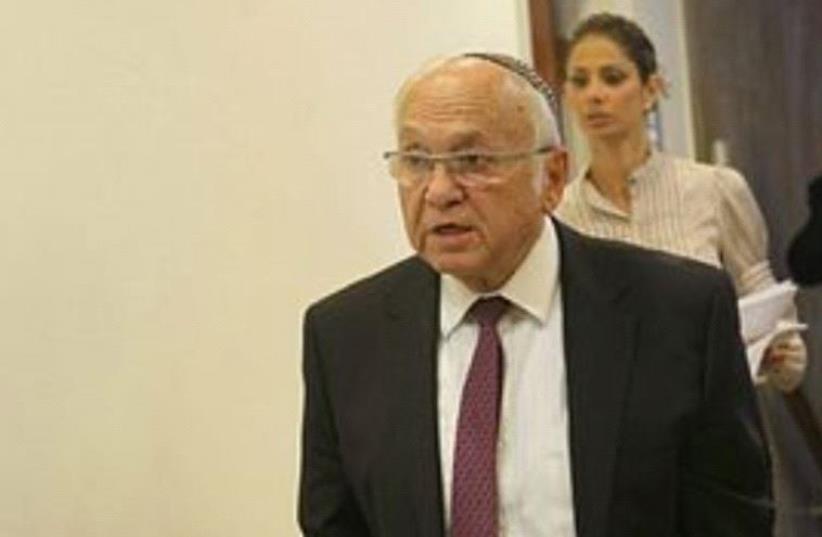 Yaakov Neeman
(photo credit: Courtesy)
Advertisement
Former justice and finance minister Yaakov Neeman died late Sunday at the age of 77 after struggling with an unspecified extended illness.Neeman was a fixture in governments led by Prime Minister Benjamin Netanyahu, both in his first term from 1996 to 1999 with time as justice minister, then finance minister, and during his more recent service from 2009 to 2013 as justice minister once again.Prime Minister Benjamin Netanyahu sent his condolences to Neeman’s family, and eulogized him as “one of the senior jurists in the country, of a sharp mind and a warm Jewish heart.“He had clear nationalist positions, but at the same time sought compromise and dialogue, as he did when he led the Neeman Committee that dealt with the matter of conversion sensitively and wisely,” Netanyahu recounted.He called Neeman an excellent partner for important reforms, including opening up the foreign currency market, which Netanyahu said revolutionized the Israelieconomy.In his final term as justice minister, Neeman was known for promoting conservative causes, such as limiting the jurisdiction of the Supreme Court and splitting the powers of the attorney-general into two separate positions: a government legal adviser and a head prosecutor.Both positions would presumably reduce the impact of courts and legal advisers on rolling back government policies and Knesset laws.Neeman was not successful in either major initiative after getting initial backing from Netanyahu, but eventually losing that backing when there was heavy criticism.Personally a religious-Zionist, he was also known for advocating a greater role for traditional Jewish law, or “Mishpat Ivri,” within the modern Israeli legal system, though at the end of the day he always deferred to the secular legal system in the case of any conflict.Unlike most ministers in Netanyahu’s governments, Neeman never ran as part of a party, and was always appointed by Netanyahu as a personal appointment for his loyalty and sterling qualifications.Despite criticism from the Left for his conservative stances, Neeman was greatly respected by all, including for his achievements in the private sector as one of the lead partners of Herzog, Fox, Neeman – one of the country’s premier law firms.In 1986, Neeman is said to have been one of the lead parties to convince then-president Chaim Herzog to issue a blanket pardon in the Bus 300 Affair, in which members of Shin Bet (Israel Security Agency) executed two Palestinian bus hijackers after the hijacking incident had ended.Opposition leader Isaac Herzog (Zionist Union), the son of Chaim Herzog, called Neeman a close friend and teacher.“He had a broad heart, wide horizons, was generous, supported IDF service and connecting groups in Israel society, was an outstanding jurist and did great and important public and legal work for the State of Israel and its citizens,” Herzog stated. “I had the privilege of watching him work for decades, first as my father’s partner and later as his student and partner, before I left for public service at Yaakov’s encouragement, and at his side in the government.In those years, he always saw the good of the country and national unity as a priority.”Neeman had filled public service roles even at a younger age, serving as director-general of the Finance Ministry from 1979 to 1981, and as a director or board member of Israel Aircraft Industries, El Al and the Israel Atomic Energy Commission.The former minister earned degrees both at the Hebrew University of Jerusalem and at New York University and spoke stellar English.President Reuven Rivlin praised Neeman as an excellent lawyer, but also a man with a wide range of interests.“Just a week ago we spoke, when I called you for advice,” Rivlin recalled. “Even from your sick bed you promised we would meet again soon when you felt better. My friend, even those who disagreed with your stances and your decisions, saw in you a worthy and deep opponent.”Justice Minister Ayelet Shaked said Neeman wisely combined a dedication to Torah with action and was always willing to work for his country.“Neeman, who founded one of the largest law firms in the country, did not rest on his laurels and did not find his success in the private market to be enough.Time and again he contributed to the state in important positions,” she stated.“He showed in his quiet way how to be professional and efficient in public service. He was a brilliant jurist, conservative in his views, and set the foundations for many initiatives that we are working on in the ministry today.”Knesset Speaker Yuli Edelstein called Neeman a unique figure in the public sphere.“He was blessed with talents, was a pleasant person, and was dedicated with every bone in his body to his heritage and his nation,” the speaker said.Edelstein added that Neeman’s “unique voice, his honesty and loyalty will be missed.”