Philip Gordon, who once served Obama as the White House point man on the Middle East, wrote an op-ed in 'The Washington Post' on Saturday. 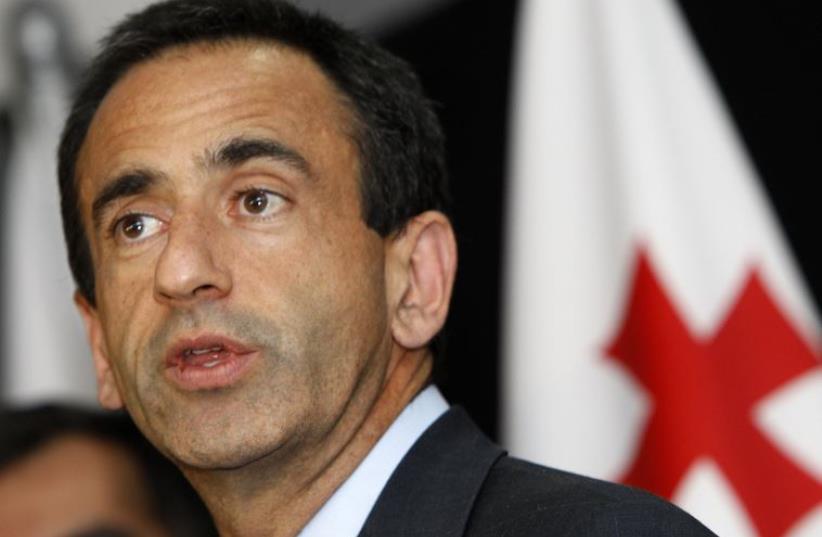 Philip Gordon, the former White House coordinator for the Middle East, North Africa and the Persian Gulf region
(photo credit: REUTERS)
Advertisement
A former aide to US President Barack Obama criticized Israel’s former ambassador to the US, Michael Oren, for writing “a caricature” filled with “exaggerations and distortions.”Philip Gordon, who once served Obama as the White House point man on the Middle East, wrote an op-ed in The Washington Post on Saturday taking Oren to task for his new book Ally: My Journey Across the American-Israel Divide, which takes a highly critical view of Obama’s attitude and policy toward Israel.The former envoy to Washington, who entered politics and is now a lawmaker with the Kulanu party, accused Obama of endorsing the Palestinian position on the 1967 lines in 2011 and by so doing altering more than 40 years of American policy without prior consultation with Israel.“Israel felt abandoned, I was to say. And that is no way to treat an ally,” he wrote.Oren has marketed his book as a first-hand account of “mistrust, mistakes and missed opportunities” that he saw as ambassador from 2009 to 2013, with “Obama in the role of bully in chief.”The former ambassador said that Obama violated the “no daylight” axiom of Israeli-US relations which states that no disagreements be made public.Oren’s contentions in the book “will probably contribute to the deterioration of the very relationship the author purports to cherish,” Gordon writes.The former White House official accuses Oren of engaging in “pop psychology” in reference to the ex-envoy’s belief that Obama’s desire to bring Washington closer to the Arab and Muslim world is rooted in his childhood experiences having been abandoned by Muslim father figures.Gordon also disputes Oren’s argument that Obama’s public disagreements with Israeli policy set a new precedent.“Really?” Gordon writes. “To take just a few examples, Dwight Eisenhower slammed Israel for the 1956 Suez operation and forced it into a humiliating retreat; Gerald Ford froze arms deliveries and announced a reassessment of the relationship as a way of pressing Israel to withdraw from the Sinai; Jimmy Carter clashed repeatedly with Prime Minister Menachem Begin before, during and after the 1978 Camp David summit. Ronald Reagan denounced Israel’s strike on the Osirak nuclear reactor in Iraq and enraged Jerusalem by selling surveillance planes to Saudi Arabia; George H.W. Bush blocked loan guarantees to Israel over settlements; Bill Clinton clashed publicly with Israel over the size of proposed West Bank withdrawals; George W. Bush called for a settlement freeze in the 2002 road map for peace and afterward repeatedly criticized Israel for construction in the West Bank.”“In other words, Oren has a point - except in the case of virtually every Republican and Democratic US administration since Israel’s founding,” he wrote.Gordon also refutes Oren’s claim that Obama adopted an uncompromising pro-Palestinian position in advocating for an Israeli withdrawal to the ‘67 lines, which Israel views as a departure from official US policy that makes room for land swaps.“Again, really?” Gordon wrote. “Since the ‘Clinton parameters’ in 2000, US policy has been that the vast majority of the West Bank should form the basis of an independent Palestinian state, with major settlement blocks incorporated into Israel and territorial swaps to compensate the Palestinians.”“George W. Bush essentially supported the same thing, with a final status agreement to be achieved in accordance with U.N. Security Council Resolutions 242 and 338 and ‘mutually agreed changes that reflect [demographic] realities,’ as Bush put it in a 2004 letter to Israeli Prime Minister Ariel Sharon.”“And Obama’s position? ‘The borders of Israel and Palestine should be based on the 1967 lines, with mutually agreed swaps,’ he said on May 19, 2011, noting a few days later, in case it wasn’t clear, that ‘Israelis and Palestinians will negotiate a border that is different than the one that existed on June 4, 1967.’ “Only by repeatedly and misleadingly suggesting that Obama is asking Israel to revert to 1967 lines without adjustments can Oren maintain his thesis about abruptly departing from the past, ‘abandoning Israel’ or ‘endorsing the Palestinian position’,” he wrote.