Government to publish blueprint for war on racism

"There is no justification for manifestations of racism just because someone was born to another community.” 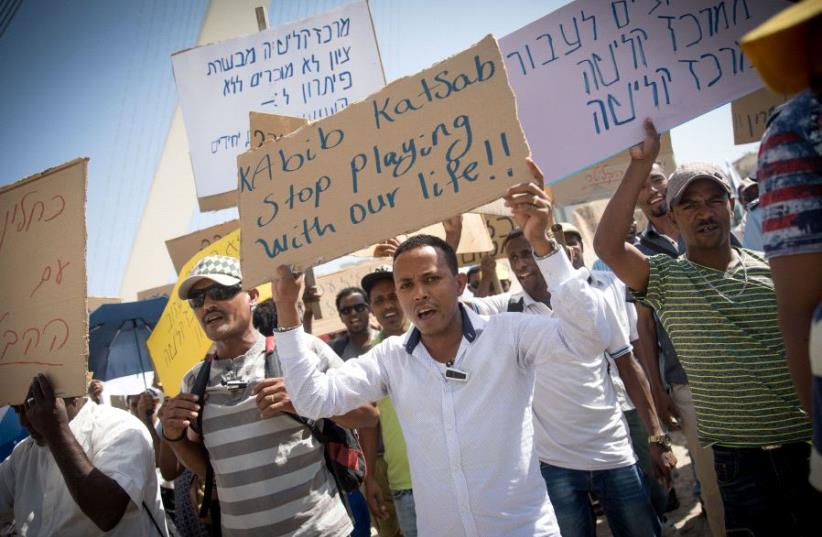 Ethiopian immigrants protest in the Israeli capital against the looming evacuation of their absorption center in the Jerusalem suburb of Mevasseret Zion, July 10, 2017.
(photo credit: MARC ISRAEL SELLEM/THE JERUSALEM POST)
Advertisement
Justice Minister Ayelet Shaked said the government would act with “zero tolerance” for any manifestation of institutionalized racism.She made these comments ahead of the release of an inaugural report by the Government Unit for Coordinating the Struggle Against Racism, to be presented to President Reuven Rivlin on Wednesday.“Two and a half years ago racism and discrimination against the members of the Ethiopian community erupted into the public consciousness,” Shaked said.“The State of Israel by nature is a state that absorbs aliya – a multicultural state. There is no justification for manifestations of racism just because someone was born to another community,” she added.The unit was established and tasked with overseeing the implementation of the recommendations of the Palmor Committee regarding combating racism in Israeli society.In 2016 attorney Ami Palmor, director-general of the Justice Ministry, presented Prime Minister Benjamin Netanyahu with a report, which for the first time acknowledged the racism and discrimination faced by Ethiopians on a daily basis because of their skin color.The report was compiled by an inter-ministerial task force which was established by a special ministerial committee headed by the prime minister following widespread protests by Ethiopians in May 2015. It provided 52 recommendations on how to eradicate racism.“Racism is not a decree of fate – it is the result of social constructs, historical and cultural processes created by people – and therefore people can change them,” according to attorney Awaka (Koby) Zana, head of the unit.“Together, civil service, civil-society organizations and the general public will work to eradicate racism and create a just and equitable society that enables everyone to live in personal security and to realize their potential,” he said.As such, the unit’s first report concluded that the government will be able to almost entirely implement the Palmor Committee’s recommendations within a year-and-a-half time frame.Of the 52 recommendations, the report found that 31 were fully completed, 17 are in the process of being completed and only four have yet to be implemented.Among the main recommendations that have been implemented are the establishment of a unit within the Justice Ministry to coordinate the fight against racism, as well as the appointment of an “officer against discrimination and racism” for every government office.The government also created a framework to provide free legal representation in claims involving racial discrimination.With regards to the police, the report noted that they have already implemented officer training to prevent racism, as well as the transferring of complaints of racist behavior to the Disciplinary Department. 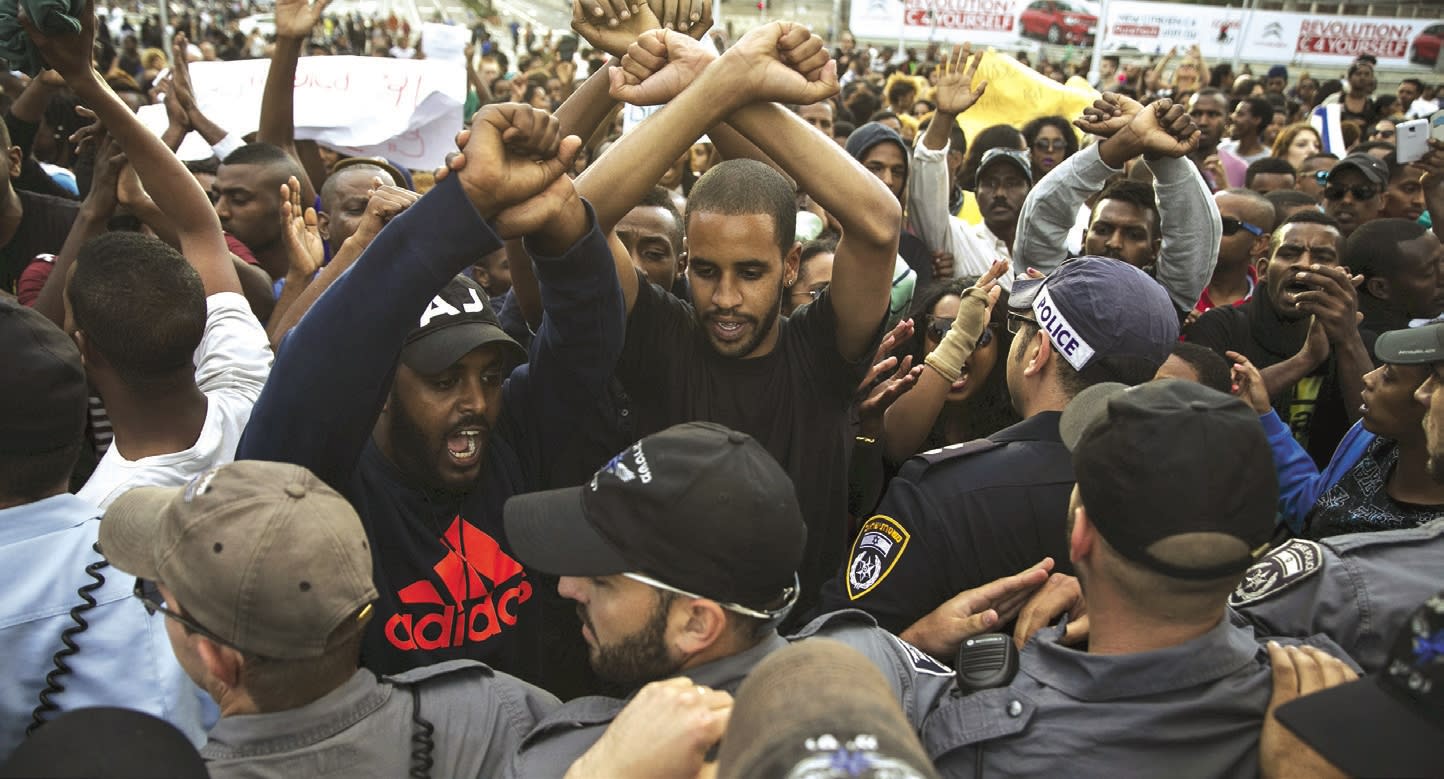 Israelis, mainly of Ethiopian origin, shout slogans in 2015 during a demonstration in Tel Aviv against police racism and brutality, a day after mounted police charged hundreds of Ethiopian-Israelis and fired stun grenades to clear a violent protest there. (Baz Ratner/Reuters)Additionally, the report found that the Health Ministry had implemented the recommendation to cancel restrictions on blood donations of Ethiopian Israelis.With regards to education, the report found that the Education Ministry had integrated and trained Ethiopian-Israeli educators as school principals, though it had only partly implemented adding the history and heritage of Ethiopia into the school curricula.Furthermore, the report found that two of the recommendations – training teachers to deal with prejudice and prevention of racism, and providing incentives to schools to encourage creativity and content against racism – had yet to be implemented.The report also highlighted complaints of racism and discrimination this past year that the unit received – from discrimination against Ethiopian pupils by a Dan bus driver and racial comments made by a senior administrator in a school, to misconduct, racial slurs, and violence made by police officers.“The question of the existence of institutionalized racism that has been recognized in the context of Ethiopian immigrants is more relevant than ever,” Palmor said.“I believe we have the tools to act to reduce it, and the unit to coordinate the struggle against racism acts in various ways to deal with complaints and influence policy. The greater the public trust and complaints, the better the unit will be able to focus its activities,” he added.