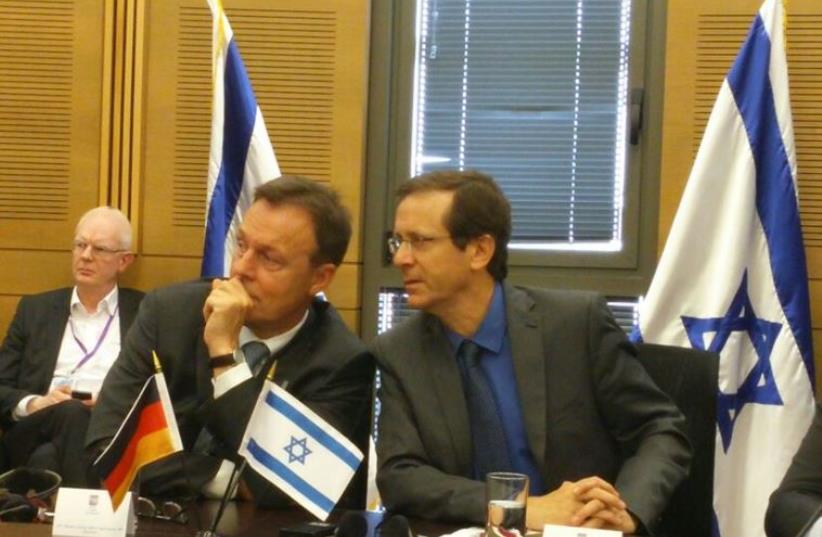 Opposition leader Isaac Herzog (Zionist Union) meets with German MP Thomas Oppermann.
(photo credit: OFFICE OF ISAAC HERZOG (LABOR))
Advertisement
Opposition leader Isaac Herzog (Zionist Union) met with German MPs Wednesday, in honor of 50 years of relations between Israel and Germany.Herzog said the strong partnership between Germany and Israel "combines memory of the past and history with a sober and courageous view of the future."The opposition leader also asked the MPs to stand by Israel against threats of boycotts from Europe, which he said destroy any chance of a regional diplomatic treaty. The visiting MPs were from the SPD party, which is Labor's German counterpart.President Reuven Rivlin visited Germany earlier this month to mark the 50th anniversary of diplomatic ties between the nations.Rivlin said that the closeness in the relationship between the two countries should in no way be construed as compensation for the Holocaust, but is based on shared values and on lessons jointly learned from the past.