A source close to Herzog suggested that MK MikiRosenthal or another Herzog critic might be behind the Knesset Channel's report. 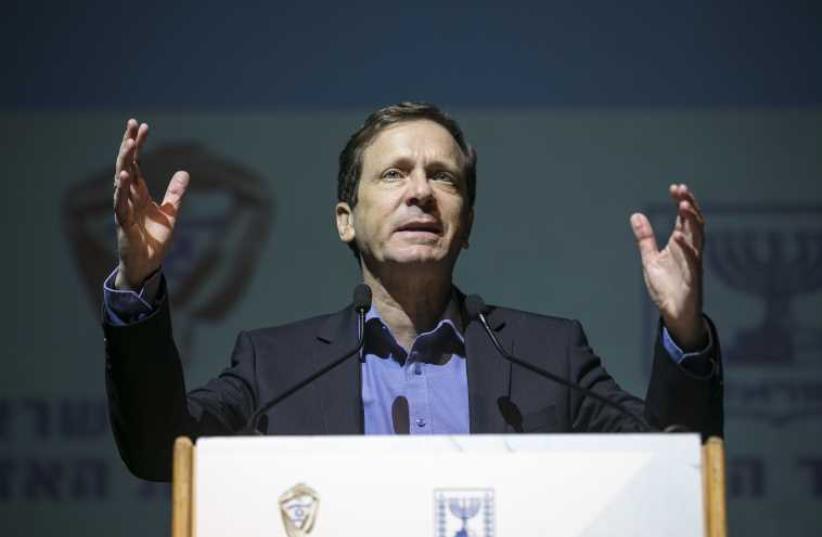 Zionist Union MK Isaac Herzog addresses young voters at Tel Aviv University
(photo credit: REUTERS)
Advertisement
Opposition leader Isaac Herzog denied a report on the Knesset Channel Tuesday that he had decided to delay the next leadership race in his Labor Party from May 2016 to the end of 2017.Herzog has been pondering for months whether to advance the election, hold it on time, or change the party's bylaws to enable the race to take place later. One issue that has impacted his decision is the question of whether he will join Prime Minister Benjamin Netanyahu's government, which has become increasingly unlikely.The report said Herzog had decided to postpone the race, either to August or December 2017, after discussing the issue with senior Labor Party officials."Nothing has been decided and the report is incorrect," a source close to Herzog said. "We hope to have a decision in a matter of days. If there was already a decision, we would have published it.  There are a few options, and one of them will eventualy become a reality."Labor MKs Eitan Cabel and Michal Biran have come out in favor of postponing the race, while MK Miki Rosenthal said it must be held on time. A source close to Herzog suggested that Rosenthal or another Herzog critic might be behind the Knesset Channel's report."Herzog is trampling over democracy with his attempt to use political trickery to postpone the election," Rosenthal said. "No past Labor leader, even the most adored, tried such a step. He has no right to get away with such a stinking maneuver to extend his tenure. He should run, and if he wins, we will respect his leadership."  Labor MK Erel Margalit, who has not decided yet whether to run against Herzog, said Herzog had to consult with him and other party leaders before deciding when the race should take place. He said August was not an acceptable month because Israelis go to the beach, not the polls, and that he hopes Netanyahu will be overthrown well before December 2017."It's very important that Herzog has an idea for the date, but it's a democratic party," Margalit said. "There is a date set by the party bylaws. Changing it is legitimate but it cannot be done unilaterally. It must be agreed upon." Two possible Labor leadership contenders, MK Shelly Yacimovich and Tel Aviv mayor Ron Hulda'i met Tuesday night at a cafe, blogger Tal Schneider revealed. The two reportedly discussed the Knesset Channel report on the date for the primary.