Honeymoon over for Netanyahu? Report on Gaza tunnels to rock coalition

The findings, reportedly, focus on the lack of information provided to the security cabinet regarding the severity of the threat posed to southern Israel by Hamas’s cross-border attack tunnels. 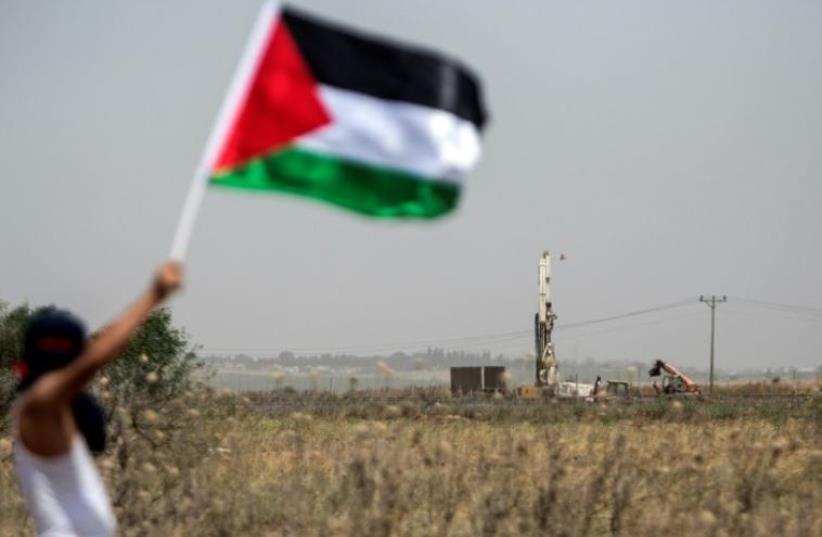 A Palestinian youth waves the national flag as the IDF digs in search of smuggling tunnels at the border east of Gaza City
(photo credit: AFP PHOTO)
Advertisement
Prime Minister Benjamin Netanyahu’s new coalition honeymoon will likely be short as the expected publication of the much-anticipated comptroller report on the Gaza tunnels is expected to be highly critical of the government’s handling of the 2014 Gaza war.Although parts of the report were leaked to the press earlier this month, sources who have seen the draft said this week that its criticism would focus on outgoing-Defense Minister Moshe Ya’alon, former IDF Chief of Staff Lt.- Gen. (res.) Benny Gantz and former military intelligence chief Maj.-Gen. Aviv Kochavi.The findings, reportedly, focus on the lack of information provided to the security cabinet regarding the severity of the threat posed to southern Israel by Hamas’s cross-border attack tunnels.“The conclusions are that the cabinet ministers were sidelined and were not told the information, and thus did not have the tools to go ahead and make an informative decision,” the sources said.During the two years prior to the war, “the security cabinet was informed only once about the tunnel threat and even then it was more of a side note,” said sources who have seen the report.The one security cabinet member who the report recognized as raising the tunnel threat in cabinet meetings and who pushed for a ground offensive to destroy them, was Education Minister Naftali Bennett. The Bayit Yehudi chairman apparently learned of the tunnels from IDF field commanders.His version of the events is said to have received support from State Comptroller Joseph Shapira and his team of investigators.Ya’alon, however, failed to immediately present such a plan and was heavily criticized at the time by Bennett and other ministers. The report explains that it took a few weeks from the start of the war to the launching of the ground operation on July 17 due to the IDF’s of lack of preparedness to deal with the tunnels. According to the comptroller’s report, Ya’alon was reportedly of the opinion that Hamas would not use the tunnels to attack Israel, the sources said. The cabinet was swayed to launch the offensive only after Hamas terrorists emerged from one tunnel close to communities along the border.A security source previously told The Jerusalem Post that the comptroller’s report was not as severe as it had been portrayed in the media.“Nothing was hidden from cabinet ministers,” the source said. “They were exposed to all the details. This was the case before Operation Protection Edge, and certainly after it.” The source added that tunnels were a central issue before, during and after the 2014 conflict, and that the ministers were aware from the beginning.