Israeli officials reacted angrily to the ICC's decision to instruct its prosecutor to probe whether IDF soldiers committed war crimes during raid. 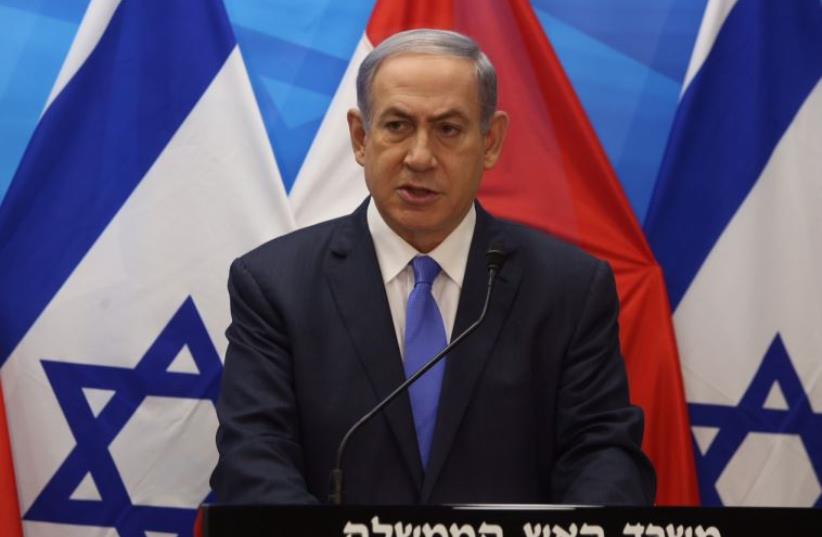 Benjamin Netanyahu
(photo credit: MARC ISRAEL SELLEM/THE JERUSALEM POST)
Advertisement
Prime Minister Benjamin Netanyahu on Thursday lashed out at International Criminal Court's decision to order its prosecutor Fatou Bensouda to consider opening a full criminal investigation into 2010 Mavi Maramara flotilla war crimes allegations against IDF personnel only 7 months after Bensouda had closed the file."At a time when in Syria Assad slaughters hundreds of thousands of his own people, when Iran sends hundreds to death, and Hamas in Gaza uses children as human shields, the court has chosen to deal with Israel for cynical political reasons," the premier said."In the face of this hypocrisy, our soldiers will continue to guard us from the front and we will defend them in the international arena," Netanyahu said.The prime minister also emphasized that the IDF had acted "in self-defense in stopping an attempt to break a blockade established in accordance with international law" as confirmed by a report sponsored by the UN Secretary-General and a quasi independent Israeli commission with international observers.
Haneen Zoabi on board the Mavi Marmara, May 2010
Deputy Foreign Minister Tzipi Hotovely said that the ICC move shows that the court "has become a tool of Palestinian propaganda.""The ICC has already ruled that no war crimes were committed on the Marmara," she said. "It is bewildering in my view as to why the court has decided to open an investigation against soldiers who defended themselves against brutal attacks by terrorists who were on board the Marmara.""There are Palestinian elements that are constantly trying to sic international bodies on Israel," Hotovely said. "I hope that those same organizations will be wise enough to know when there is incitement at work and not to encourage this process.""Israel strongly condemns the judges' request," the Foreign Ministry said in a statement. "This is an event in which Israel acted in self-defense and in accordance with international law.""The incident was investigated by a Supreme Court justice in Israel and the investigation was monitored by international observers as well as by a panel acting on the authority of the UN secretary-general," the ministry said."Instead of dealing with things for which it was established - like investigating mass atrocities - it is unclear why the ICC insists on devoting its resources in unnecessarily dealing with complaints that are rooted in cynical, political motives," the ministry said. "Israel expects the original decision to remain in place."Science, Technology and Space Minister Danny Danon said the ICC was "two-faced" and that he "fully supported the naval commandos.""The ICC does not know to distinguish between moral and loyal fighters and terrorists," Danon said. "I completely support the naval commandos and their commanders who acted responsibly and with determination in their mission to defend the State of Israel," the minister said. "