A security guard saw a Palestinian woman heading toward the community’s gate and yelled at her to stand back, according to an Israeli police spokeswoman. 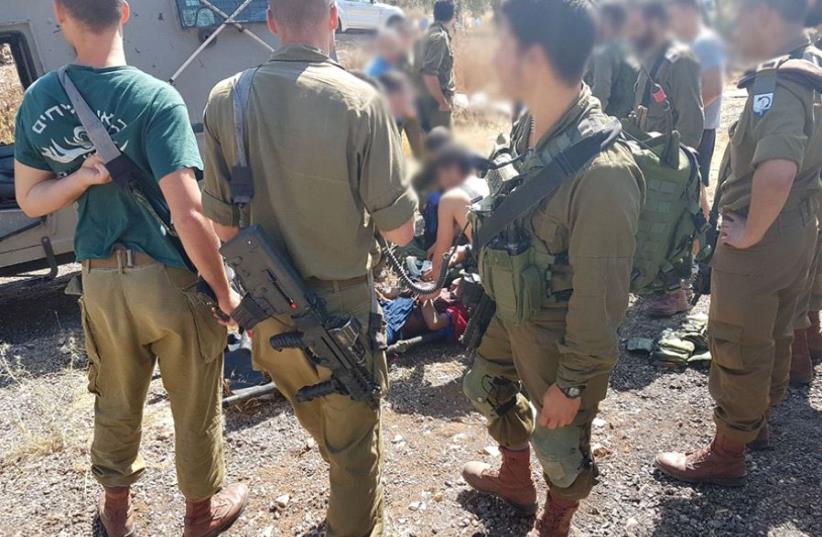 Scene of Mevo Dotan stabbing attack
(photo credit: SAMARIA REGIONAL COUNCIL)
Advertisement
An IDF soldier was stabbed on Thursday morning outside the Mevo Dotan settlement in the West Bank.A security guard saw a Palestinian woman heading toward the community’s gate and yelled at her to stand back. The woman ignored the guard and headed toward a group of soldiers by the gate, stabbing one of them, according to an Israel Police spokeswoman. A video of the incident posted on YouTube showed the attacker, who was wearing pants and a hijab, walking toward the gate. Shortly thereafter, a soldier is seen running after her.One of the soldiers shot and wounded the woman, according to the police. Another YouTube video showed her wounded and lying on the ground.Both the soldier, age 20, and the Palestinian assailants were rushed by Magen David Adom to Hillel Yaffa Medical Center in Hadera.The soldier was lightly wounded in the upper part of the body; the attacker was critically wounded and underwent surgery.The attacker died from her wounds on Friday morning, according to a statement from the hospital.On Tuesday evening, Border Police found a kitchen knife in the purse of a 17-year old Palestinian after they stopped and searched her at one of the pedestrian checkpoints near the Tomb of the Patriarchs in Hebron.