In Holland, Netanyahu to stress Israel's role as key brake on Islamic terror

Diplomatic officials say Dutch PM's government is overall friendly, but unable to ignore public criticism of Israel over the Palestinian issue that has grown in the Netherlands in recent years. 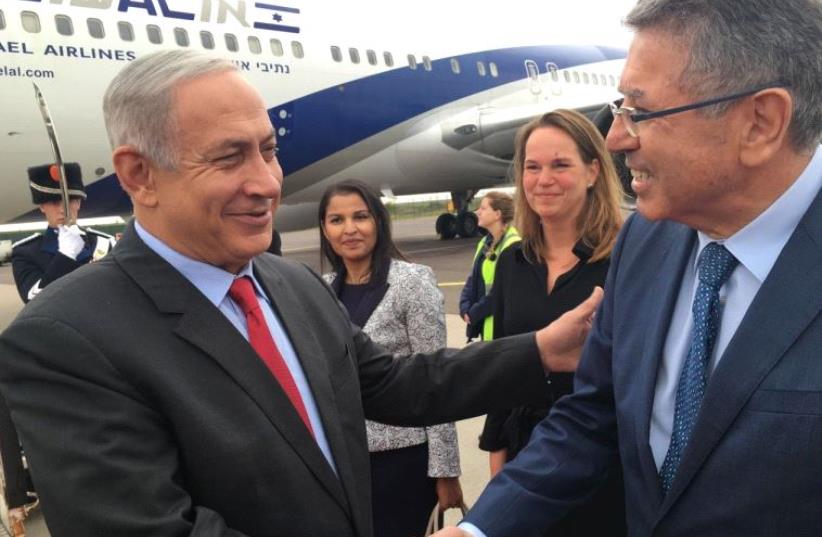 Prime Minister Benjamin Netanyahu lands in the Netherlands, September 6, 2016
(photo credit: GPO)
Advertisement
Prime Minister Benjamin Netanyahu arrived in The Hague early Tuesday afternoon, saying before leaving Israel that he will speak with Dutch leaders about Israel's role in preventing the spread of Islamic terrorism.
“Europe as a whole is undergoing changes,” he said. “It faces very great challenges over the spread of radical Islamic terrorism. I am going to speak with my interlocutors about the central role of Israel in the Middle East as the most stable element and one that contributes greatly to preventing the spread of radical Islamic terrorism.”Netanyahu characterized this as a “new insight” that is understood already in Israel and among other states in the region, but which is important for Europe to understand as well.“It is this understanding that we are working to instill gradually in all European countries," he said.Netanyahu is scheduled to meet Dutch Prime Minister Mark Rutte, whom he termed “my personal friend,” with King Willem-Alexander, and with members of the parliament's Foreign Affairs Committee.Diplomatic officials said that Rutte's government is overall a friendly government, but unable to ignore public criticism of Israel over the Palestinian issue that has grown in the Netherlands in recent years. Building closer bilateral ties has been hobbled by the government's need to take into account public opinion, that has become significantly more critical of Israeli policies than the Dutch government's.