Israel is an example to the world, Canadian FM tells Rivlin

Nicholson says Canada will continue its strong stance in support of Israel. 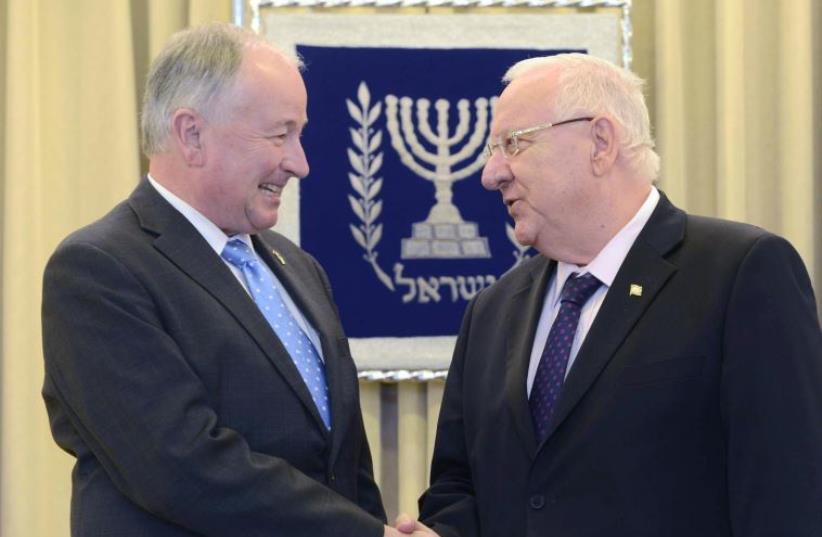 President Rivlin with Canadian Foreign Minister Robert Nicholson
(photo credit: Mark Neiman/GPO)
Advertisement
Israel is a beacon of light, a source of democracy and an example to the world, Canadian Foreign Minister Rob Nicholson, on his first visit to Jerusalem, told President Reuven Rivlin on Wednesday.He said he was delighted to be in Israel because he had been interested in the country since he was a kid and had always wanted to come.Canada has taken a strong stance in support of the coalition and their is a continued presence of Canadian peace-keeping forces in the region, he said.Canada has supported Israel in the past, does so in the present, and will continue to do so in the future, Nicholson assured Rivlin.In welcoming Nicholson, Rivlin noted the similarity in their backgrounds, in that both are lawyers by profession and are veteran parliamentarians. Nicholson also served as Canada's minister of justice. Rivlin said that he regretted that Palestinian Authority President Mahmoud Abbas, to whom he referred to as "my friend and opponent Abu Mazen," did not want to renew the peace talks with Israel and is going to world institutions to solve the problem "instead of talking to us."Rivlin emphasized the importance of confidence building, but said that after Israel's deployment from Gaza, it is difficult for Israel to have confidence in the other side.