Israel: ‘Shame on’ Germany for comparing Palestinians to Holocaust victims

“Is there no difference between Anne Frank and a Palestinian teenager stabbing innocent Jewish children with knives?” 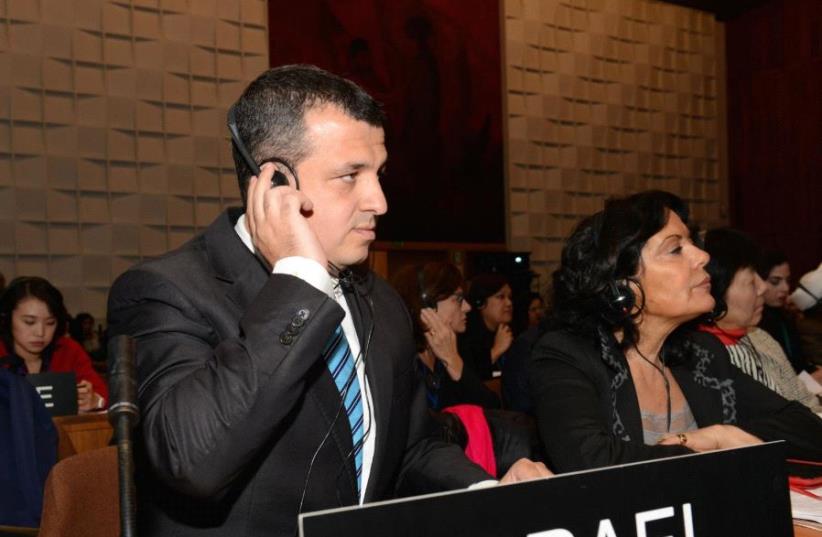 Israel’s Ambassador to the UNESCO Carmel Shama HaCohen listens during a past heari ng at UNESCO
(photo credit: Courtesy)
Advertisement
Israel accused Germany of shameful contempt for Holocaust victims as an argument over the competing narrative of Jewish and Palestinian victimhood once more broke out on the floor of the UNESCO World Heritage Committee on Friday.“Ambassador of Germany, I ask you, how could you have allowed the contempt of the memory of the Holocaust knowing what you know, what we all know?” asked Israel’s Ambassador to UNESCO Carmel Shama-Hacohen.“Is there no difference between Anne Frank and a Palestinian teenager stabbing innocent Jewish children with knives?” he continued.Shama-Hacohen referred in this speech to an incident three days earlier, when he had asked the World Heritage Committee to stand for a moment of silence for Holocaust victims, after which the Cuban UNESCO envoy then asked to pay homage to Palestinians who had died in the region.Shama-Hacohen objected to the comparison and sat during the moment of silence for the Palestinians.On Friday, Shama-Hacohen made his second speech of the week about the problem of drawing parallels between the Holocaust and other tragedies, particularly Palestinian deaths, without clarifying that this did not include terrorists who had killed Jews.Shama-Hacohen was particularly incensed to see that on Tuesday the German representative had stood for both moments of silence.He chastised Germany on Friday just after the World Heritage Committee agreed to inscribe Hebron’s Old City, including the Tomb of the Patriarchs, on the List of World Heritage in Danger under the “State of Palestine.”Both on Tuesday and Friday, Shama-Hacohen noted that the committee had passed resolutions against Israel as it sat in a country where so many Jews had been killed in concentration camps during the Holocaust.“To the Cuban representative I will say only this,” Shama-Hacohen said. “You did not stand in silence in memory of the millions murdered in the Holocaust. You turned your back away, claiming that gesture to be a political act.”Cuba, he said, is a state “whose glory stands only for being a criminal dictatorship and a violator of human rights.”Shama-Hacohen went on to condemn the Palestinian Authority for its celebration of those who murder civilians.“Are they the kind of people you expect me to pay tribute to? Fatah, Hamas, ISIS, al-Qaida?” he asked.To PA UNESCO Ambassador Elias Sanbar, who stood for both peoples, Shama-Hacohen said, “I will be the first to stand and the last to sit in memory of one child’s life lost, in memory of innocents whose lives were taken, Palestinians and Israelis alike.”The German representative responded by saying: “Everyone who knows German policy, and everyone who knows me at UNESCO for the last two years, knows that the behavior of the German ambassador to UNESCO in this room three days ago cannot be misinterpreted.”