Reform and Conservative movements both in Israel and in the Diaspora now see the government turn away from a major plan they were rooting for. 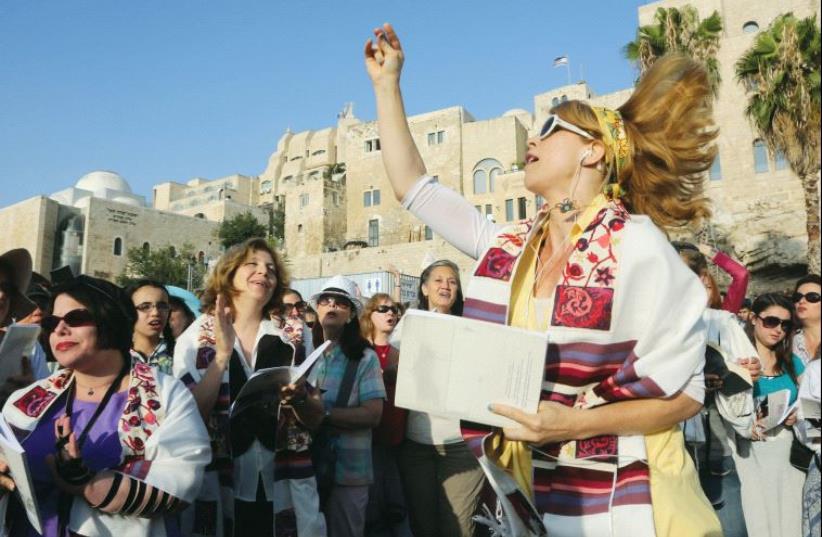 Members of Women of the Wall at a prayer service at the Kotel in 2013
(photo credit: MARC ISRAEL SELLEM)
Advertisement
In a ringing blow to progressive Jewish denominations in Israel, the government formally froze the Western Wall resolution to create a mandated egalitarian section at the holy site on Sunday. Following pressure from ultra-Orthodox parties, the cabinet voted in favor of temporarily nixing the plan almost unanimously, with only Defense Minister Avigdor Liberman and Energy Minister Yuval Steinitz voting against it, with no abstentions. Education and Diaspora Affairs Minister Naftali Bennett left the cabinet meeting and did not participate in the vote. The move comes as a severe blow to the Reform and Conservative movements both in Israel and the Diaspora, who had hailed the January 2016 agreement as an historic day of recognition by the Israeli government of their form of Judaism. Implementation of the plan was almost immediately suspended however due to haredi objections to it, and Sunday’s decisions puts the final nail in the coffin for the proposal.Any attempt to implement the agreement will now need a new cabinet decision to do so, something which will not be forthcoming in the current government or any government containing the haredi political parties United Torah Judaism and Shas. According to the Prime Minister’s Office, Prime Minister Benjamin Netanyahu has instructed Minister Tzahi Hanegbi and the Cabinet Secretary Tzahi Braverman to come up with a new plan.The PMO also indicated that some construction work would be undertaken to upgrade the current egalitarian section at the southern end of the Western WallThe decision comes as the deadline set by the High Court of Justice for the state to respond to petitions against the government by the progressive Jewish moments over implementation of the agreement approaches on Monday. The haredi parties were extremely concerned that the High Court would intervene on the side of those demanding a government-recognized egalitarian section, and therefore sought to pre-emptively circumvent such a situation. The original resolution determined that a large, state-recognized egalitarian section would be created at the southern end of the Western Wall, would be accessible from the main Western Wall complex and would be run by a board including progressive Jewish representatives and those of the Women of the Wall organization.Implementation of the agreement was however frozen almost immediately, after the haredi parties who allowed the deal to be approved retreated from this position in the face of severe criticism from the haredi online media and the chief rabbis.