Getting out the message of an Israel that still needs improving was Zionist Union MK Merav Michaeli’s goal during a visit to the US this month. 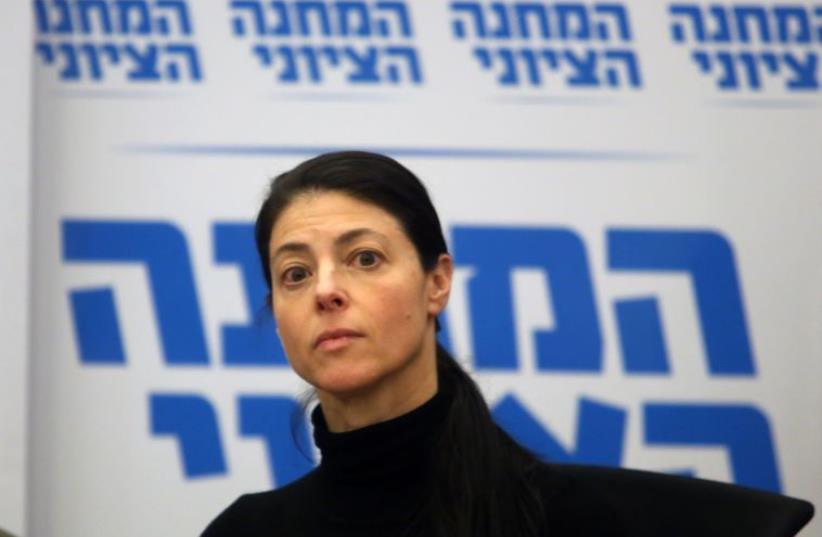 Zionist Union MK Merav Michaeli
(photo credit: MARC ISRAEL SELLEM/THE JERUSALEM POST)
Advertisement
WASHINGTON— When a pro-Israel US lawmaker greeted a member of Israel’s Knesset here last week, the former may not have anticipated the candor of the latter.“Give me good news,” Rep. Ted Deutch, D-Fla., told Merav Michaeli on April 13, a typical request when the ranking Democrat on the US House of Representatives Middle East subcommittee meets Israelis.“Moshe Katzav is still in jail,” Michaeli replied. “His sentence was not shortened.”It may not have been the answer expected by Deutch, a leader on sanctioning Iran who has made Israel’s security a central plank of his political reputation. But for Michaeli it makes perfect sense: How Israel holds accountable a convicted rapist, especially one who once was her country’s president, is every bit as important as how it handles issues of defense and security.“I’m an Israeli, an Israeli member of parliament. I have a responsibility for how Israel treats human beings,” the Zionist Union lawmaker said in an April 14 interview here with JTA.(A spokesman for Deutch confirmed the exchange, and said the congressman and Michaeli discussed strategies for combating sexual assault in the military, a concern they share.)Michaeli, 49, is an outspoken advocate for a Zionism that she frets is outmoded. Its hallmarks are self-criticism, rejecting victimhood and finding one’s place among the nations through shared universalist values.Getting out this message — of an Israel that still needs improving — was Michaeli’s goal during a visit to the United States this month that included meetings with lawmakers like Deutch and the gamut of pro-Israel groups, although she says it’s not her place to ask American Jews to advance a more self-critical Israel.“I don’t feel I have any right or business telling American Jews what they should or should not do,” Michaeli said on a day she had just met with the New Israel Fund, whose North American supporters are not shy about telling Israel how it might improve, and the American Israel Public Affairs Committee, which reflects the Israeli government’s policies when telling American Jews what they should and shouldn’t support regarding Israel. (She was also meeting with Americans for Peace Now.)Instead, Michaeli wants to reassure American Jews that the pluralism she supports — encompassing divergent views on religion and peacemaking — is not just good for them but good for Israel. “I see Israel as the safe haven for Jews all over the world,” she said. “And as such it must have its rules reflect that and be a place that enables every Jew to be a Jew whichever way they should be Jewish. It’s important for people to know Netanyahu is not all of Israel, important for people to know there are different faces to Israel.”Her thorny, proud Zionism infused her maiden speech to the Knesset in 2013, which went viral among Israelis. Michaeli lionized her grandfather, Rudolf Kastner, who negotiated with Adolf Eichmann and bought the lives of 1,684 Hungarian Jews, only to be assassinated in Israel in 1957 after he was smeared as a Nazi collaborator.“If there’s something I learned from my grandfather’s story, it is not to be a victim,” she said in her Knesset speech.“I have the great privilege to be part of the flow of generations committed to this project, the State of Israel, and the way it holds together the people dispersed through the understanding that we have no other place but this place. But from inside this place is where criticism grows.”It’s soaring rhetoric, but hard to compress into soundbites, which she acknowledges makes political success easier for Prime Minister Benjamin Netanyahu.“The policy of our current government and the prime minister is that we have no responsibility to do anything,” she said. “It’s extremely difficult to compete with a message that there is someone else to blame for every problem.”Michaeli is referring to how she feels Netanyahu deals with the Palestinians, in itself unusual for the Zionist Union, which has focused emphatically on domestic issues since 2011, when Israel’s housing crisis sparked a summer of protests. Her criticism of Netanyahu’s peace policies dovetails with her party leader Isaac Herzog’s foray into peace plan proposals in February.A former journalist and an advocate against violence against women, Michaeli said she’s enjoying her Knesset gig three years in.“Politics is the super profession, it is the most complicated, demanding, challenging. It’s overtaking you completely,” she said. “It’s fascinating and you get to do really good stuff every now and then, more than I expected.”Such as?Michaeli just launched a bill that would mandate term limits for prime ministers, and she has also, through coalition building, passed bills that protect people in debt and create mediation avenues for couples seeking divorce.Not the stuff of headlines or soundbites, but Michaeli seems to revel in the drudgery of governance.“You can be political until you are elected,” she said, “and once you are elected you are obligated to everyone.”