"The Americans are now saying, 'We don’t want to do business with the current Israeli government'," said Lapid. 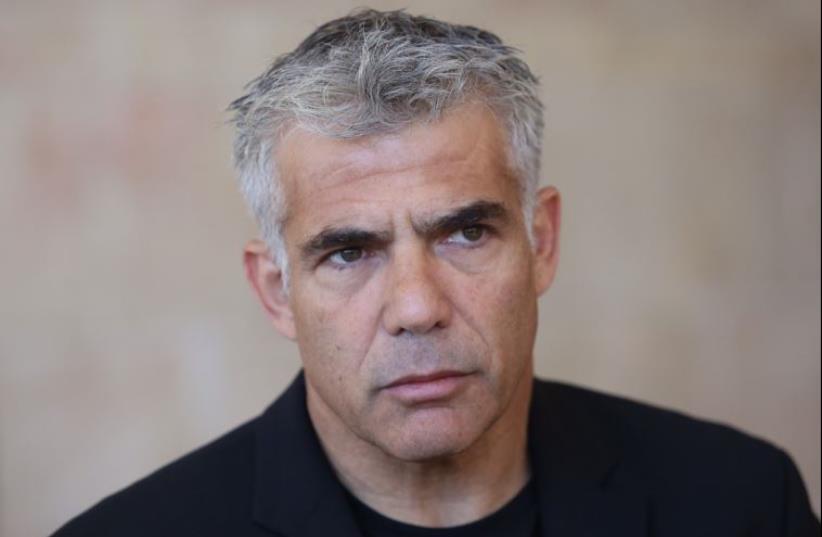 Yesh Atid chairman Yair Lapid at the Knesset
(photo credit: MARC ISRAEL SELLEM)
Advertisement
Yair Lapid, the former finance minister and head of the opposition Yesh Atid party, said on Friday that Israel’s relationship with the United States is the worst it has been since 1948.During an appearance at the Open University, Lapid said that the deteriorating relationship between Israel and its most important ally was evident when Prime Minister Benjamin Netanyahu failed to derail the Iran nuclear accord reached between the United States, world powers, and the Islamic Republic.“The Americans are now saying, 'We don’t want to do business with the current Israeli government',” said Lapid.Lapid, the former journalist who entered politics two years ago and vaulted to the position of kingmaker in the wake of his party’s impressive electoral showing, has acted as a de facto shadow foreign minister during his first stint in the opposition.He said that the impasse with the Obama administration regarding a new defense aid package does not portend good news for Israel.“This is what a crisis [in relations] looks like,” Lapid said. “This isn’t an issue of whether you are invited or not ivnited to a cocktail. This is a matter of buying another missile, another tank, another helicopter.”“[Netanyahu’s] failure to solve this crisis is national irresponsibility,” the former finance minister said.A hold-up over a new US defense package for Israel was behind Netanyahu's decision to forgo a meeting with President Barack Obama in Washington this month, a senior Israeli official said on Thursday.Deputy Foreign Minister Tzipi Hotovely's remarks contrasted with a statement by Netanyahu that cited his reluctance to risk being drawn into the US presidential campaign as the reason for declining a White House offer to host him on March 18.Current US military grants to Israel, worth about $3 billion annually, expire in 2018.Israel, which last year requested $5 billion in future annual aid but whose officials have since set their sights on $4 billion to $4.5 billion, says it needs to expand its military, rather than just upgrade technologies, given spiraling arms procurement it anticipates by arch-foe Iran and Arab states.US officials have given lower target figures of around $3.7 billion. The dispute prompted Israeli officials to hint that Netanyahu may bank on Obama's successor for a better deal.Reuters contributed to this report.