Iman Kanjo and state prosecutors reached a plea bargain. She has been in Israeli custody since August 2015. 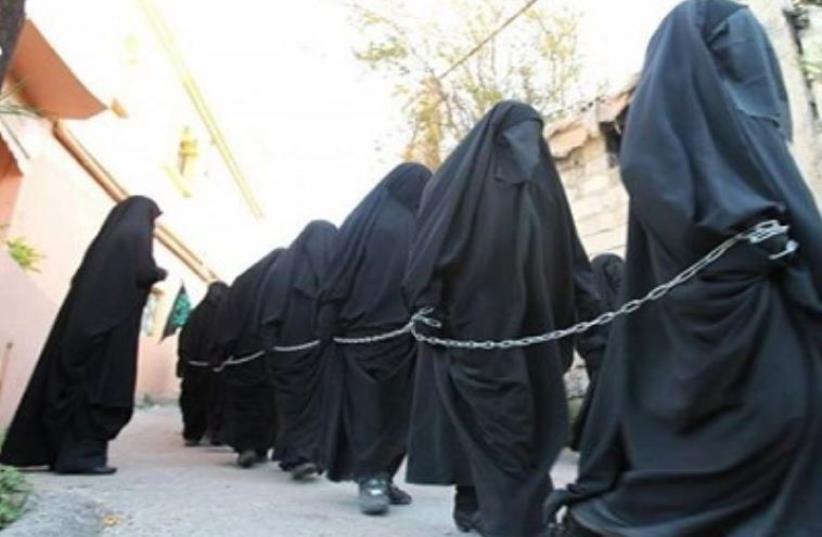 ISIS female slaves
(photo credit: ARAB MEDIA)
Advertisement
The Haifa District court sentenced an Israeli Arab mother of 5, from the northern town of Shfaram, to 22 months in prison for attempting to join ISIS in Syria on Tuesday. Iman Kanjo confessed to forging links with an ISIS supporter on Facebook, and seeking to travel to Syria to join the Islamic State. She was captured in Turkey by security forces during an attempt to cross the Syrian border, and was subsequently deported to Israel. Kanjo and state prosecutors reached a plea bargain. She has been in Israeli custody since August 2015. Judge Tamar Sharon Natanel said she took into consideration the fact that the defendant confessed, and expressed remorse, as well as her statement that "her only wish is to return to her family and dedicate all of her life to being a wife and mother." Judget Natantel said she especially took into consideration the harm that would be caused to the defendant's young children and husband, "who did not know a thing about her actions and plans. The heart breaks at the sight of the small children, who do not have their mother with them, and they are completely innocent They surely miss her and feel her absence each and ever day and hour. I have no doubt that the life of the entire family changed for the worse since the defendant left Israel," the judge wrote in her ruling. The court also placed a one-year conditional prison sentence on Kanjo, which will be cancelled if she does not contact a foreign agent illegally for three years from the day of her release. The court also imposed a 30,000-shekel fine, or a month's imprisonment, on the defendant.