Brigadier Frederick Hermann Kisch, the grandfather of Likud MK Yoav Kisch, was the highest ranking Jew to serve in the British military. 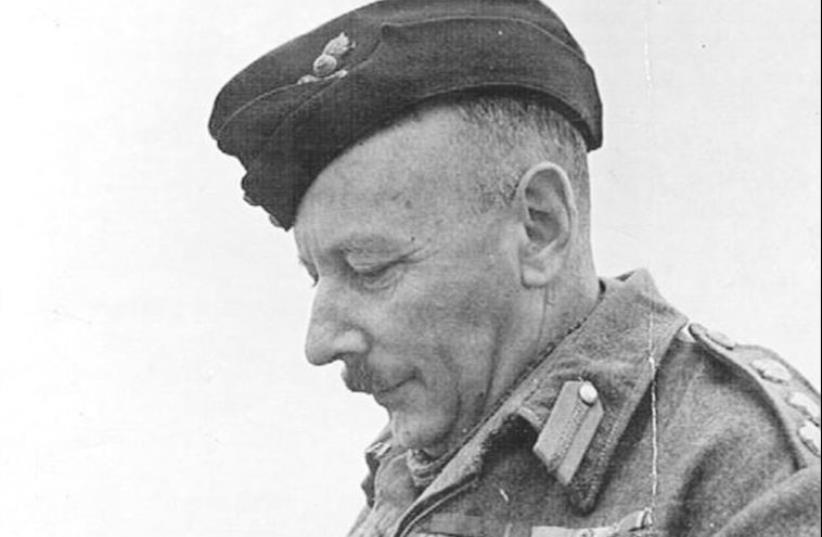 Brigadier Frederick Hermann Kisch, the highest ranking Jew in the British army during World War II
(photo credit: Courtesy)
Advertisement
A Likud lawmaker’s request to have the remains of his grandfather reinterred in Israel from his current resting place in Tunisia has been rejected by the committee in charge of maintaining cemeteries for those who fought for the British Empire.Yoav Kisch, a freshman member of parliament, petitioned the Commonwealth War Graves Commission to exhume the body of his grandfather, Brig.-Gen. Frederick Hermann Kisch, the highest ranking Jew to serve in the British military during the Second World War.In April 1943, Kisch died when he stepped on a land mine while fighting Nazi Germany during the North African Campaign. He is buried at Enfidaville War Cemetery in Tunisia.After a protracted period of secret contacts, Britain’s ambassador to Israel, David Quarrey, informed Kisch that his request had been denied.Quarrey told Kisch that the commission’s longstanding policy is to keep any soldier killed during World War II buried with his comrades in arms in the area the battle took place.During a meeting in Kisch’s office, Quarrey handed the Likud MK a photograph of his grandfather’s grave, which is located in a war cemetery approximately 100 km. south of the Tunisian capital of Tunis.Kisch’s tombstone, which bears an inscribed Star of David, is being groomed and maintained like the other grave sites.“I was very moved when I saw the picture,” Kisch told The Jerusalem Post’s Hebrew-language sister publication Ma’ariv. “I was raised on stories about my grandfather, who fell in combat in April 1943 during his service as an officer in the Eighth Army’s Royal Engineers who fought Rommel in the desert. My grandfather stepped on a land mine and was buried in Tunisia.”“After I was elected to the Knesset, I told myself that now was the time to try and use my public standing in order to bring my grandfather’s bones to Israel for reinterment on Mount Herzl,” Kisch said. “Unfortunately, it didn’t help, but I do accept the explanations that I received from the British ambassador.”Quarrey is said to have told Kisch that British war cemeteries contain the graves of hundreds of thousands of soldiers killed during World War II.If Kisch’s request were to be granted, it would set a precedent.The ambassador told the Likud lawmaker that the commission has denied thousands of similar requests from descendants of the commonwealth’s war dead.The Commonwealth War Graves Commission is responsible for perpetuating the memory of 1.69 million soldiers who died in battle while fighting for the British Commonwealth.It is charged with maintaining more 2,500 cemeteries spread across 150 countries.Kisch said that although he has resigned himself to the fact that his grandfather’s grave will always be in Tunisia, he remains intent on visiting the North African country, despite recent terrorist attacks there.“If it turns out that it is possible to travel there safely, I will want to visit the grave, salute him, and show him the proper respect,” he said.