Israeli parties from Right, Left team up to fight prostitution

Lawmakers from every party in the Knesset signed the bill, except for the ultra-Orthodox Shas and United Torah Judaism. 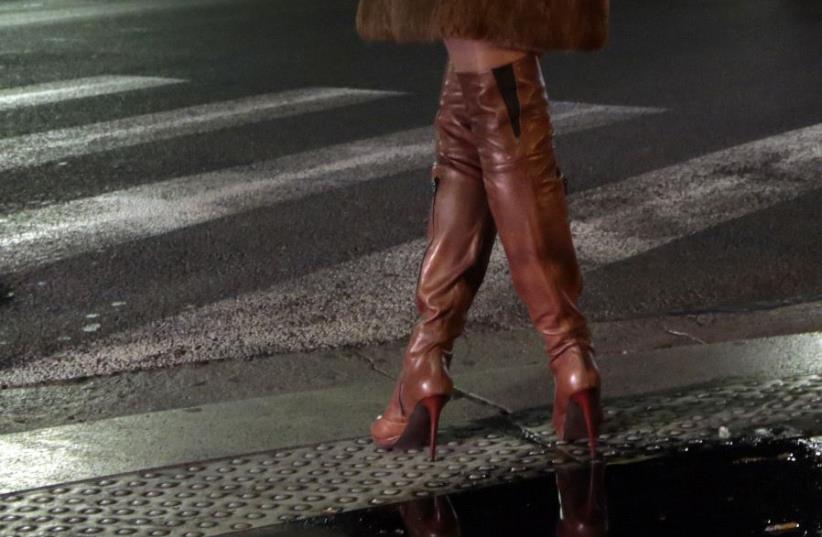 A sex worker[Illustrative]
(photo credit: REUTERS)
Advertisement
Parties on opposite ends of the political spectrum, Bayit Yehudi and Meretz, are working together to make hiring a prostitute illegal and help people get out of sex work.A bill sponsored by Meretz MK Zehava Gal-On and Bayit Yehudi MK Shuli Moalem-Refaeli seeks to make hiring a prostitute a crime that carries a one-year prison sentence and have the government dedicate funds to rehabilitate former sex workers.Lawmakers from every party in the Knesset signed the legislation, except for the ultra-Orthodox Shas and United Torah Judaism, and its sponsors say it has broad support among ministers.Speaking at the launch of the Coalition of Religious Organizations Battling Prostitution on Wednesday night, Moalem-Refaeli lamented, “Some people oppose the bill, claiming that a woman has freedom of choice whether to be a prostitute. Sorry, but they are detached from reality. A woman doesn’t choose to be with 20 johns in a shift. Ninety-three percent of them underwent sexual abuse as children.”The Coalition of Religious Organizations Battling Prostitution is a group of religious-Zionist organizations – including Bnei Akiva, World Mizrahi, the moderate Orthodox rabbinical groups Tzohar and Bet Hillel, the Religious Kibbutz Movement and the Orthodox feminist groups Emunah and Kolech, among others – that seeks to raise awareness of the problem and supports the bill to criminalize hiring prostitutes.