Fists flew for a few seconds in the hallway of a Liberian hotel. 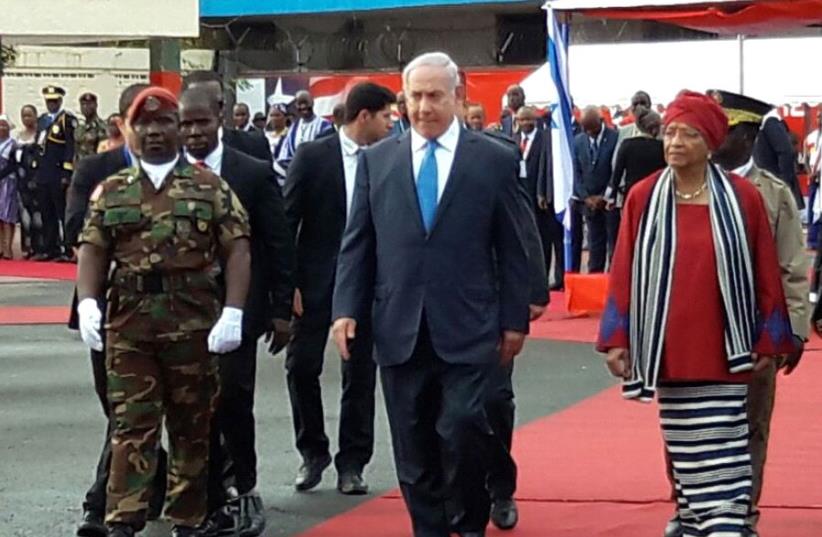 PM Netanyahu in Liberia
(photo credit: HERB KEINON)
Advertisement
Monrovia, Liberia -- Israeli and Togo security officials exchanged a few blows in the Liberian hotel where a meeting of African leaders is taking place after too many Togolese guards wanted to accompany Togo's president Faure Gnassingbé to a bilateral meeting with Prime Minister Benjamin Netanyahu during his diplomatic trip to Africa.A ruckus was heard in the hall, followed by a number of Israeli security guards who rushed out to help and see what the excitement was about.The incident ended in seconds.
Netanyahu departs for Liberia: "Israel has returned to Africa" (credit: GPO)
Togo is widely considered among Israel's best friends in Africa.