US State Department spokesman John Kirby warned such actions undermine the possibility of a two-state solution. 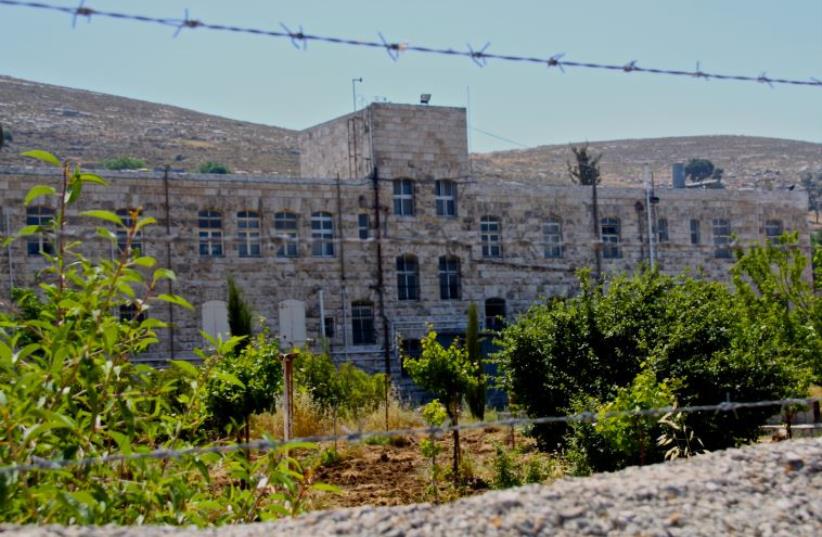 Settlers want to open a Jewish tourist center at this former tuberculosis hospital off of Route 60 in the West Bank
(photo credit: TOVAH LAZAROFF)
Advertisement
The expansion of the territorial boundaries of the Gush Etzion Regional Council in the West Bank is harmful to peace and makes it more difficult to achieve a two-state solution, according to US State Department spokesman John Kirby.Settlement activity is “illegitimate and counterproductive to the cause of peace. Continued settlement activity and expansion raises honest questions about Israel’s long-term intentions and will only make achieving a two-state solution that much more difficult,” Kirby told reporters in Washington on Friday.He spoke days after Defense Minister Moshe Ya’alon agreed to expand the Gush Etzion bloc to include a 4-hectare site with eight stone buildings that is located off of Route 60 between the Gush Etzion junction and the Kiryat Arba settlement.Settlers want to operate a tourist center on the property geared to helping visitors take advantage of Jewish tourist sites in the area, including the Cave of the Patriarchs in Hebron.The property was owned by the US Presbyterian Church until 2008 where it ran a tuberculosis hospital and then a hostel on the site. Inclusion of the site within the Gush Etzion boundaries would make it easier for settlers to further develop the property.When queried about the compound by a reporter at the daily briefing, Kirby said the US was “deeply concerned” about the move, “which effectively creates a new settlement on 10 acres in the West Bank.”He then spoke in general about Area C of the West Bank, which is under Israeli military and civil rule.“It’s important to note that some 70 percent of the West Bank’s Area C has already been unilaterally designated as Israeli state land, or within the boundaries of these regional settlement councils,” Kirby explained.“The new decision only expands this significant majority of the West Bank that has already been claimed for exclusive Israeli use. “Along with the regular retroactive legalization of unauthorized outposts and construction of infrastructure in remote settlements, actions such as this decision clearly undermine the possibility of a two-state solution,” Kirby said.He added that “continued settlement activity and expansion raise honest questions about Israel’s long-term intentions and will only make achieving a two-state solution that much more difficult.”The US has asked both the Israelis and Palestinians to demonstrate their commitment to a two-state solution, Kirby said.“Actions such as [the Gush Etzion] decision, we believe, does just the opposite,” he stressed.The Prime Minister’s Office had no response to Kirby’s statement, but Netanyahu and his office, in the past, have rejected all arguments claiming that settlement activity is a stumbling block to peace. The government has argued that it has a right to build in the West Bank, particularly in the settlement blocs such as Gush Etzion, which it believes will be included within Israel’s boundaries in any final status agreement with the Palestinians.On Monday, MK Yair Lapid who heads the centrist Yesh Atid party, called for building in West Bank settlement blocs during a visit to the third-largest Jewish city in Judea and Samaria, Ma’aleh Adumim.