CEO Sarah Kala-Meir acknowledged that the route will bring back terrible memories of the stabbing attack but said it is important to stay the course. 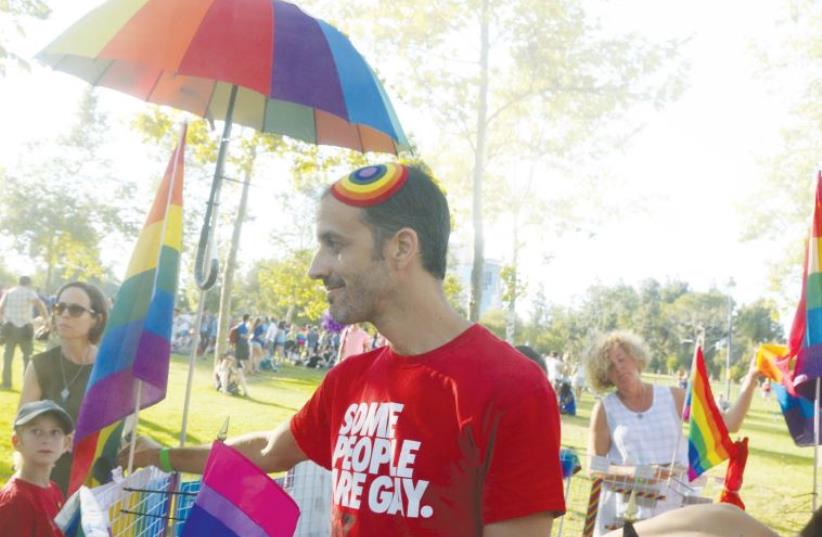 Vendors sell rainbow souvenirs at the Jerusalem Gay Pride parade, last year
(photo credit: MARC ISRAEL SELLEM)
Advertisement
Last year’s Gay Pride Parade will be remembered for the murder of Shira Banki and stabbing of six others by Yishai Schlissel. The message of this year’s parade, scheduled for July 21, is: “We are here to stay.”Founded in 1997, the Jerusalem Open House has organized annual parades, which have been targeted by antigay protests in the past, including twice by Schlissel, since 2002.Tom Canning, associate director of the Open House, said at a small event on Sunday near the capital’s German Colony neighborhood that the message is particularly important this year not just to the LGBTQ community, but to fight for pluralism and freedom in Jerusalem: “We insisted it go through the city center,” he said.A map distributed at the event shows the route of the planned march will go up King George and through Hillel Street, ending at Independence Park.CEO Sarah Kala-Meir acknowledged that the route will bring back terrible memories of the stabbing attack but said it is important to stay the course.Police representatives who were supposed to attend the event were not present.“The issue with the police is complex and both sides must work together to have security for the parade,” said Kala-Meir who expects it to be peaceful.Khaled, a Palestinian man called the parade a symbol of peace and coexistence and a day on which he feels pride.Deputy Mayor Ofer Berkovitz sounded a similar theme, saying the event combined elements of coexistence against extremists who threaten the city.“Our way is to look forward and to be open. Pluralism means to be here to stay. We will succeed to have respect for each community, it sounds utopian but that’s the story [of the city].”