Prime Minister Benjamin Netanyahu and US President Donald Trump at Ben Gurion airport on May 23, 2017
(photo credit: KOBI GIDEON/GPO)
Advertisement
Israelis’ support for President Donald Trump has risen since his visit last month, suggesting his signing of a waiver delaying any US embassy move to Jerusalem has had little impact on his popularity, a Smith Research poll taken for The Jerusalem Post shows.The survey was taken on Sunday, three days after Trump broke a campaign promise to swiftly move the embassy from Tel Aviv to the capital, but had impressed the public by becoming the first sitting US president to visit the Western Wall and giving emotional speeches about Israel and the Jewish people at the Israel Museum and the Yad Vashem Holocaust memorial. 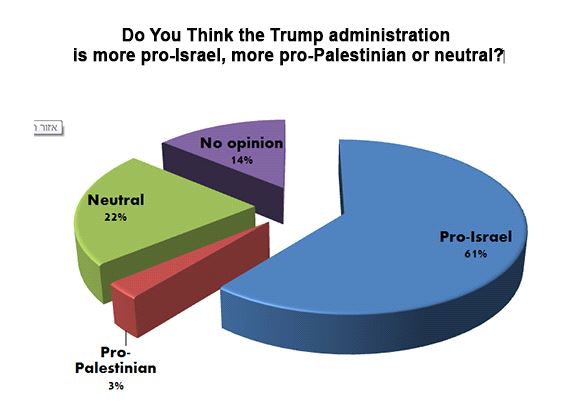