The logic behind a tax increase is to make it less profitable for investors from buying apartments and renting them out, thus keeping more apartments on the market for people who want to buy them. 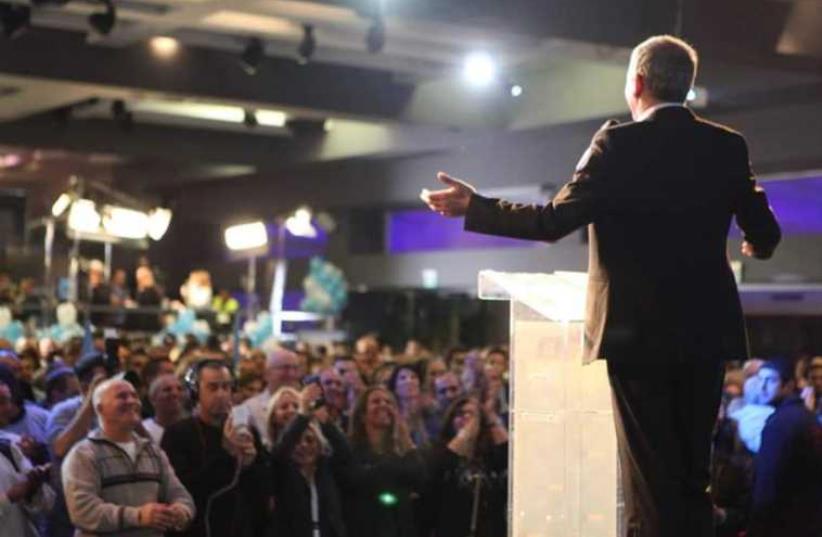 Incoming foreign minister Moshe Kahlon addresses supporters during a campaign rally
(photo credit: FACEBOOK)
Advertisement
Incoming Finance Minister Moshe Kahlon confirmed that he intends to significantly increase taxes for investors on residential apartments."Some 25% of those purchasing second apartments are investors, We need to extract them from the market," Kahlon said in a Channel 2 interview that aired Saturday, the first since he signed a coalition agreement to join the government coalition on Wednesday.The logic behind a tax increase is to make it less profitable for investors from buying apartments and renting them out, thus keeping more apartments on the market for people who want to buy them. The tax would not apply to those buying homes they intend to live in.Though the Finance Ministry is said to recommend increasing the tax rate from the current 5% to 10% level to 20%, Kahlon said that figure was too high, and that the intention was not to completely clear investors from the market or upset the rental market. According to Channel 2, a bump to 20% could make the tax an investor pays up to 20 times higher than that a regular home-buyer pays.Kahlon also emphasized that the step was just the first in bringing down the cost of housing. In his campaign, he called for breaking apart the Israel Lands Authority to bring down the price of land, and reducing the bureaucratic process surrounding construction, which is one of the most lengthy and costly in the world."We came to the government to solve the housing problem in building, not in taxation," he said, urging the public to wait before buying an apartment.Kahlon also reiterated his support for public transport on Shabbat.Despite the fact that the coalition already has haredi party UTJ on board and is expected to soon include Shas as well - both of which oppose public transport on Shabbat - Kahlon said that he believed it was a social issue.