Public’s opinion of the Knesset has deteriorated to a new low. 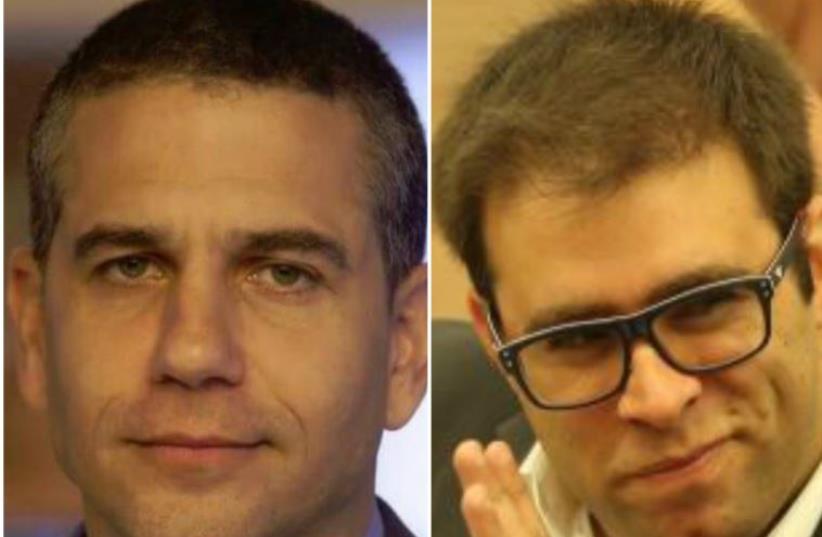 Likud MK Oren Hazan (R) and Bayit Yehudi MK Yinon Magal
(photo credit: MARC ISRAEL SELLEM,FACEBOOK)
Advertisement
Stung by years of bad press, the Knesset announced Monday that it was beginning a new advertising campaign to try to improve the parliament’s image.At a press conference in his office, Knesset Speaker Yuli Edelstein stressed that he started working on the campaign a year and a half ago, long before recent embarrassing news items about former MK Yinon Magal and current MK Oren Hazan.He cited studies indicating that the public’s opinion of the Knesset had deteriorated to a new low, and that the parliament’s positive work was not attributed to the Knesset.“There is a huge gap between what really happens here and what the public thinks,” said Edelstein. “We are fighting for this house. Our democracy is in danger. I decided it was time to change the situation.”To that end, the Knesset spent NIS 1.8 million to produce television commercials about how the Knesset improves people’s lives and purchase air time on major networks. Under the slogan: “This is the way democracy works,” the ads will feature ordinary citizens talking about how legislation helped them personally.Laws featured in the ads include those requiring employers to let their workers sit down while they work, lowering the price of school books and protecting the rights of consumers and the disabled. The commercials will also encourage people to visit the Knesset website, which will begin broadcasting the proceedings of every Knesset committee.The commercials will begin airing on Tuesday.