The Likud MK already had more security surrounding him than most legislators, due to threats. He survived an assassination attempt in 2014. 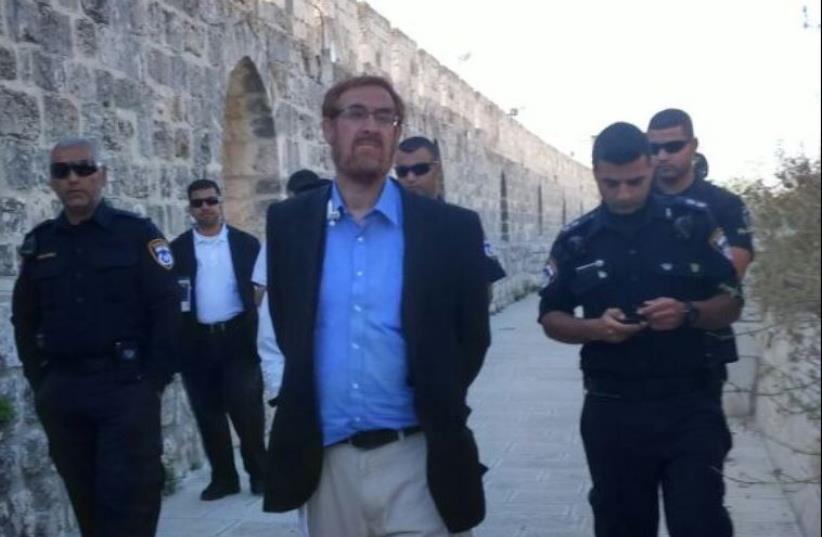 Yehuda Glick at Temple Mount.
(photo credit: Courtesy)
Advertisement
Speaker Yuli Edelstein instructed Knesset Security Officer Yosef Griff to increase protection for MK Yehudah Glick, after he received death threats.The threats included a Palestinian computer-animated video posted on YouTube Friday titled: “Yehudah Glick – You are next in line. You have no place in Palestine.”The video depicts terrorists sneaking under the security fence toward the town of Otniel, where Glick lives and where several of the recent months’ terrorist attacks took place, including Friday’s shooting that killed a father and severely wounded a mother in front of their children. The terrorists in the video approach Glick and shoot him in the chest.Then, a song plays with the following lyrics in Hebrew: “The Aksa Mosque is forbidden to Jews. Whoever disobeys should arrive in shrouds, because his fate will be that of Yehudah Glick.”Glick reported the video to Knesset security, which immediately boosted his protection.The Likud MK already had more security surrounding him than most legislators, due to threats.In 2014, before he was a lawmaker and when he was a prominent activist for Jewish prayer rights on the Temple Mount, a Palestinian man attempted to murder Glick, shooting him four times in the chest