Knesset conference to encourage Jews to ascend to Temple Mount 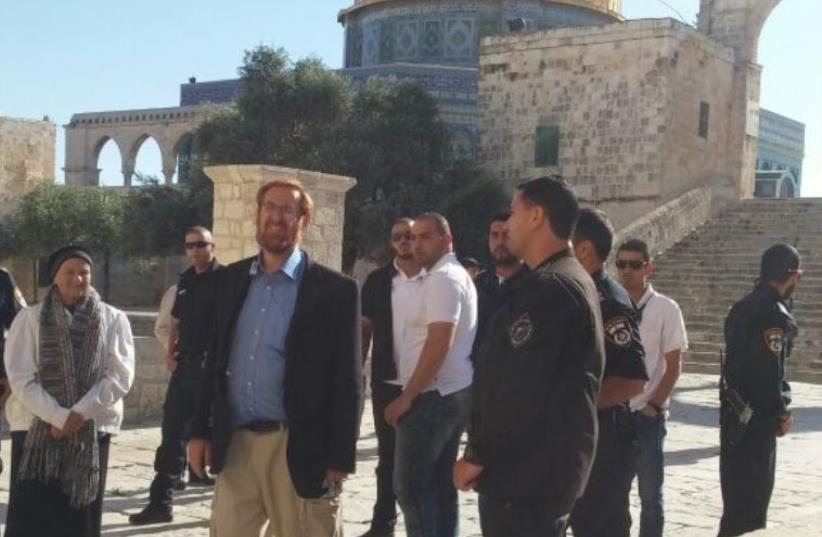 Yehuda Glick at Temple Mount.
(photo credit: Courtesy)
Advertisement
An annual conference to encourage Jewish visits to the Temple Mount is set to take place in the Knesset next month, MK Yehudah Glick (Likud) announced days after UNESCO passed a resolution pointedly ignoring the connection between the Jewish people and its holiest site.Knesset Speaker Yuli Edelstein, Culture and Sport Minister Miri Regev, Jerusalem Affairs Minister Ze’ev Elkin, Deputy Defense Minister Eli Ben Dahan and others are expected to attend the event in the Knesset on November 7.“UNESCO’s resolution last week reminds us that 50 years of neglecting the Temple Mount led the world to make a mistake and think we are admitting we have no connection to the place,” Glick said Sunday. “Thank God, in recent years, thanks to hundreds of activists, we are bringing into the public’s awareness that the Mount is the holiest place for the Jewish people and is meant to be a world center for peace.”The Likud MK said the conference’s attendees will make clear to the world that there is no place closer or more connected to the Jewish people than “the Mount of the house of God,” and before that, he expects thousands of Jews to visit the site during Succot to show they have not forgotten and cannot be disconnected from it.During the event, Glick plans to express thanks for surviving an assassination attempt as he exited the conference two years ago, when it was held at the Menachem Begin Heritage Center in Jerusalem and he was not yet an MK, but a prominent activist for Jewish prayer rights at the Temple Mount.An Arab terrorist from east Jerusalem shot Glick in the chest four times, calling him “an enemy of Al-Aksa,” the mosque atop the Temple Mount. The terrorist was later killed by police.Also at the conference, archeologists Gabi Barkai and Tzachi Zweig will present findings that they say are from the floor of the Second Temple.