Palestinians walk past a sign calling for a boycott of Israel painted on a wall in Bethlehem
(photo credit: AFP PHOTO)
Advertisement
The Knesset House Committee plans to add a punishment for calling for a boycott of Israel to the legislature’s rulebooks when it returns from its summer recess at the end of October, following an exclusive report in The Jerusalem Post on MK Basel Ghattas (Joint List) calling for a boycott and sanctions against Israel in Montreal earlier this month. House Committee chairman Yoav Kisch (Likud) said he plans to amend Knesset regulations so that there will be consequences for such behavior. The proposed change, the details of which Kisch has yet to reveal, was inspired by Ghattas’s call for a boycott of Israel at the World Social Forum, a radical left-wing conference in Montreal two weeks ago.The lawmaker from Balad, one of the four parties that make up the Joint List, called Israel an oppressive, racist and apartheid state. He said he is pessimistic that there will be peace soon, and international sanctions were the most effective way to combat Israel. After the conference, he made similar remarks at several other events in Canada. 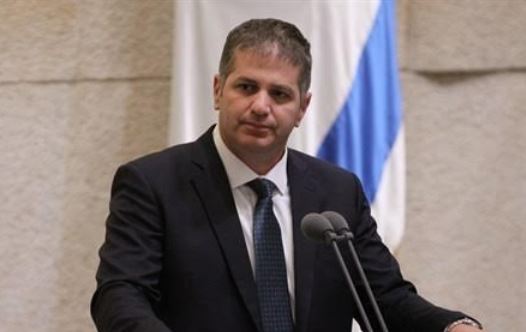 Yoav Kisch
“It’s absurd,” Kisch said, “that we are still giving licenses to encourage boycotting Israel to our MKs. MK Ghattas has a license from the Knesset; a license to boycott the state of Israel in his travels around the world. Those licenses must be confiscated.”Kisch said that Ghattas and other Joint List MKs travel the world, incite, encourage boycotts and international sanctions on Israel, and then come back to the country to be members of its parliament.The Likud MK vowed that the House Committee, under his leadership, will “act to change the regulations so that we will be able to punish incitement to boycotting Israel.”Ghattas’s office did not respond to a request for comment.MK Ahmed Tibi (Joint List) said earlier this month that boycotts are a legitimate, non-violent democratic tool accepted around the world, and that limiting calls for boycotts violates the rules of democracy and freedom of expression.“We may and we must boycott the settlements and their products, and we may promote that. The ‘occupation’ deserves to be boycotted,” Tibi asserted.However, Israel’s longest- serving Arab parliamentarian, former MK Taleb a-Sanaa, took a different tack, responding on Facebook to Ghattas’s speech, according to a translation by B’nai Brith Canada. “If the boycott is the solution, why don’t you resign from the Israeli parliament? And how can you ask the world what you don’t ask of yourself?”
Advertisement
Subscribe for our daily newsletter