The legislation is intended to teach pupils about Soviet Jews, particularly their suffering under the reign of Joseph Stalin 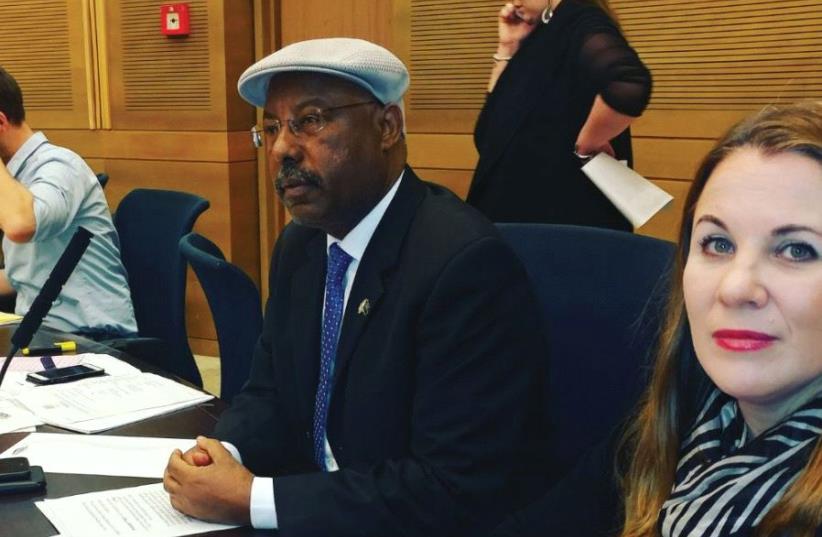 LIKUD MK Avraham Neguise, seated next to Zionist Union MK Ksenia Svetlova, presides over a meeting hosted by the Knesset Immigration, Absorption and Diaspora Committee.
(photo credit: Courtesy)
Advertisement
mmigration, Absorption and Diaspora Affairs announced on Wednesday it intends to promote legislation making the study of the history of Jewish communities in the Diaspora a mandatory part of the school curriculum.Committee chairman MK Avraham Neguise (Likud) and MK Ksenia Svetlova (Zionist Union) initiated the discussion, based on the need to teach Israeli pupils about Soviet Jews, and particularly their suffering under the reign of Joseph Stalin.According to Svetlova, “The incitement [against] and torture and the tragic death of many of the leaders of Soviet Jewry ended only with Stalin’s death in 1953.”“In January 1953, a number of Jewish physicians were arrested and charged with plotting to poison the country’s leaders,” she said. “It was clear that not only was the doctors’ fate at stake, but that this marked the beginning of a series of antisemitic acts which could lead to disaster. Apparently, Stalin’s death, which came a few weeks after the ‘Doctors’ plot,’ prevented a far-reaching antisemitic campaign which was in the final planning stages.”Svetlova noted that a number of commercial companies still have images of Stalin as their logos.Drawing on her personal experiences, she said, “My mother’s job application was rejected only because she was Jewish. She was told, ‘It’s a shame. You don’t look Jewish.’” Yet, despite the rich history of Soviet Jewry and the large number of Soviet immigrants in Israel, the subject is currently not taught in schools.At the discussion, Orna Katz, an Education Ministry official responsible for history instruction in the state school system, said in response that “the story of Soviet Jewry is the story of us all, but this specific era is not [yet] being taught in schools.”She recommended holding a seminar on the topic for Israel’s teachers but stressed that “We cannot remove subjects from the curriculum in order to include the study of this period.”Neguise, however, said that all world Jewry studies must be included in school curriculums as well as in the matriculation exams. Otherwise, he said, “history teachers will not have the mandate to teach this topic.”