Bills sponsor MK Sharon Gal lists the names of the many right-wing ministers and MKs who professed to support the bill before the prime minister came out against it. 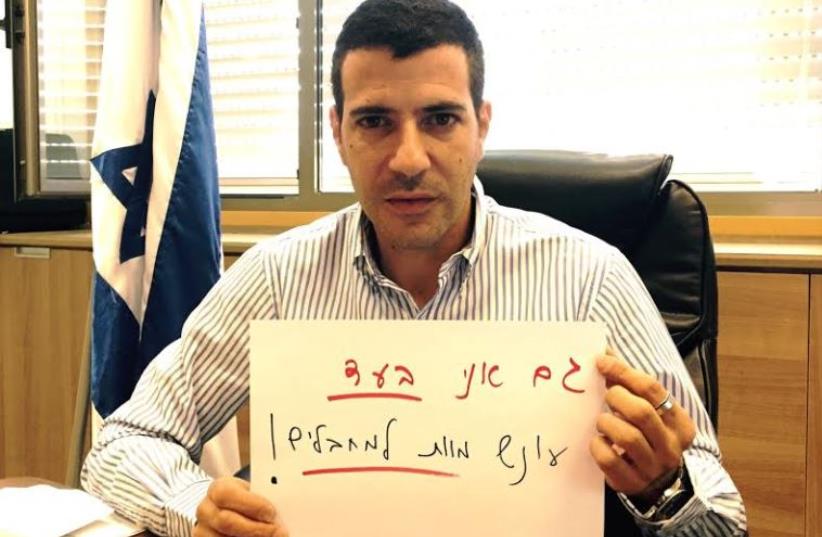 Sharon Gal.
(photo credit: Courtesy)
Advertisement
Only Yisrael Beytenu MKs voted in favor of a bill on Wednesday that would make it easier to sentence terrorists to death.The bill, sponsored by MK Sharon Gal (Yisrael Beytenu), would change the current law that allows the death penalty only in a case of judicial consensus, which was only used against Holocaust organizer Adolf Eichmann (in 1962), to one allowing a majority of presiding judges to sentence a terrorist to death.On Sunday, the Ministerial Committee for Legislation voted, at Prime Minister Benjamin Netanyahu’s prodding, against the proposal and to establish a committee that will examine, over the next three months, the possibility of changing the law.In the plenum on Wednesday, Gal listed the names of the many right-wing ministers and MKs who had promised to support the bill before the prime minister came out against it, and called on them to vote according to their conscience and not narrow political interests.“You are being tested,” he said to them. “Give the courts credit that they will know when to use the law, but give them tools. You would rather give a prize to terrorists than to Yisrael Beytenu.”Justice Minister Ayelet Shaked (Bayit Yehudi) responded that she supports capital punishment and even proposed a bill to implement it in the last Knesset, but the government’s position is to oppose Gal’s bill and allow the new committee to make recommendations.Gal gathered the 20 MKs’ signatures necessary to hold a roll-call vote; Education Minister Naftali Bennett (Bayit Yehudi), Science, Technology and Space Minister Danny Danon (Likud) and Minister- without-Portfolio Ophir Akunis (Likud), all of whom said they support the death penalty for terrorists, were absent. Other MKs and ministers who had openly backed the bill voted against it.A Bayit Yehudi source said Bennett skipped the vote intentionally, because he did not want to vote against the death penalty, but Shaked could not get away with absenting herself because she is the chairwoman of the Ministerial Committee for Legislation.