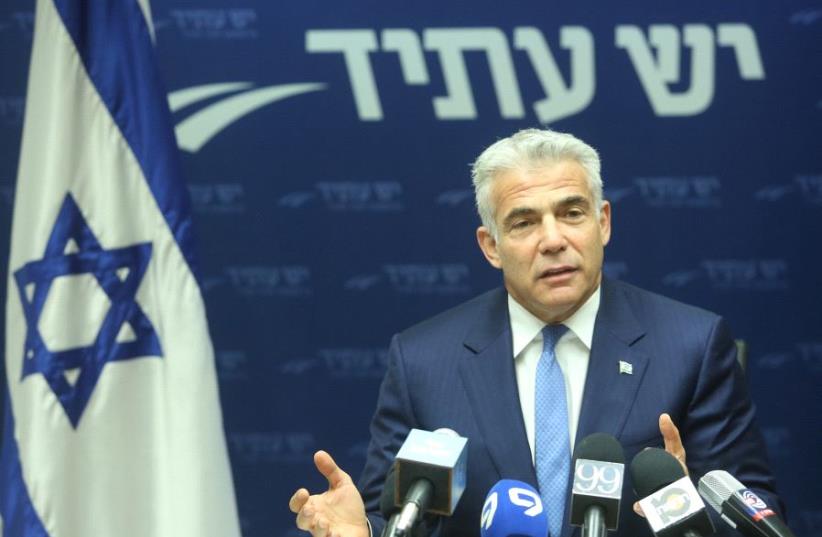 Yair Lapid
(photo credit: MARC ISRAEL SELLEM)
Advertisement
Finance Ministry officials who worked under Yesh Atid leader Yair Lapid when he was finance minister have been questioned by police and offered information regarding his involvement in what is known as the “Milchan Law,” Finance Ministry sources told The Jerusalem Post on Thursday.Haaretz reported earlier in the day that Lapid had asked for a professional opinion from the Treasury on a law that would have extended tax breaks for wealthy expatriate Israelis returning home before scuttling it, rather than rejecting it outright, as he has claimed. The implication of the report was that Lapid wanted to help Hollywood producer Arnon Milchan, a mutual friend of Prime Minister Benjamin Netanyahu and Lapid, but officials in his ministry prevented it.The so-called “Milchan Law” gives a tax shelter for new immigrants and returning Israelis for 10 years. The basis of the police recommendation to indict Netanyahu on bribery charges is that the prime minister asked Lapid to support amending the law and extending it to 20 years in order to help Milchan, who provided Netanyahu and his wife gifts of cigars, jewelry and champagne.Lapid said and wrote on Facebook that he had rejected pressure from Netanyahu and Milchan to help advance the bill. But Haaretz reported that before rejecting the prime minister’s plea, Lapid requested that Finance Ministry officials deliver their professional opinion on the bill, and they produced a five-page opinion that criticized the legislation.During the police’s investigation of Case 1000, the “expensive gifts affair,” police questioned people who worked at the Finance Ministry at the time the Milchan bill was being considered. Current Finance Ministry officials said they were aware that the people questioned offered the police information about Lapid’s actions after being asked by Netanyahu to advance the legislation.The police questioning happened months ago and did not lead to an investigation of Lapid by police. Likud officials said police should reconsider that decision in lieu of the reports.“Law enforcement against one and not the other is a crime,” coalition chairman David Amsalem said. “It cannot be that police open an investigation against Netanyahu for any shred of suspicion and do not even begin a preliminary probe of serious evidence of conflicts of interest by Lapid. If it’s not Netanyahu, they don’t investigate? Amsalem said Attorney- General Avichai Mandelblit must order the police to immediately summon Lapid for questioning under caution, in order to restore the public’s trust in the police.Culture and Sport Minister Miri Regev mocked Lapid, asking him: “Did you forget to mention that as finance minister, you asked your advisers to draft a ruling that would help your friend Arnon Milchan? Maybe you forgot, but it is time that you stopped telling us stories.”Lapid wrote on Facebook that he listened to Finance Ministry officials and opposed the bill. He reiterated that unlike Netanyahu, he did not receive anything from Milchan. Lapid and his associates declined to respond specifically to what the Post revealed.