Lapid walks back his attack on new editor of ‘Haaretz’

Lapid, whose own wife Lihi is a journalist and a personality in her own right, realized the error of his ways and had the grace to apologize Friday. 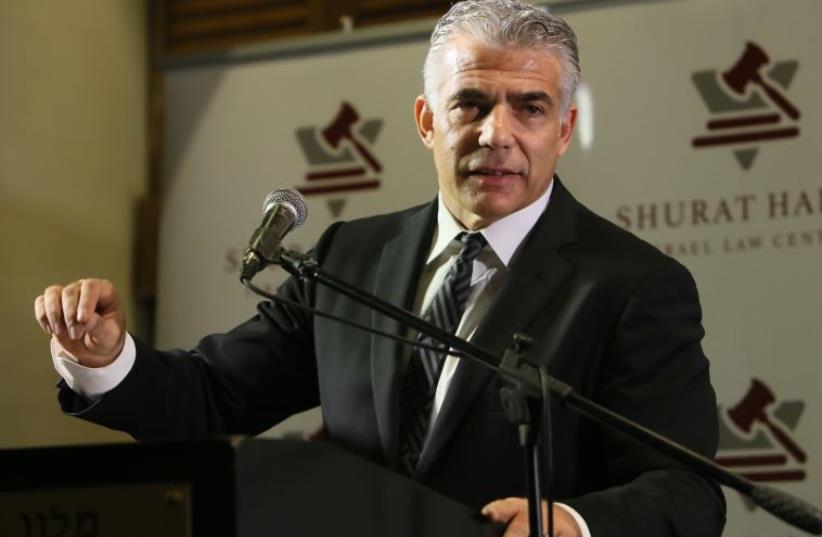 Yair Lapid at 'Shurat Hadin' conference in Jerusalem
(photo credit: ODED ANTMAN)
Advertisement
Yesh Atid leader and former journalist Yair Lapid has been forced to eat humble pie following a vicious Facebook attack that he launched against Noa Landau, the newly- appointed editor of the English edition of Haaretz.Landau, who has a 15-year record in journalism, and has worked inter alia for Maariv and Channel 10, was the first woman to head the Haaretz News Department in the 98-year-old newspaper’s history after filling several other editorial roles.The announcement last Thursday that she will replace Charlotte Hallé, who after nine years as editor is taking up the newly-created position of international director, caused Lapid to come close to having an apoplectic fit.Landau’s life partner Avner Gvaryahu is one of the most active and vocal members of Breaking the Silence, the controversial group of IDF personnel including senior officers, who speak out against what they consider to be the Israeli occupation of the West Bank.Lapid incurred the wrath of fellow MKs and other public figures when he branded Gvaryahu as the most radical member of Breaking the Silence, and accused Haaretz’s English edition of slandering both Israel and the IDF. Landau’s appointment serves as “additional proof (as if any was needed) that Breaking the Silence is not interested in influencing Israeli society from within, but prefers to slander us abroad,” wrote Lapid, who subsequently was broadly subjected to a barrage of criticism, accused of sexism, and of not taking into account that Landau is a personality in her own right with an impressive media record.Lapid, whose own wife Lihi is a journalist and a personality in her own right, realized the error of his ways and had the grace to apologize Friday.