Udi Aloni, the director of the award-winning 'Junction 48,' is the son of late education minister and Meretz MK Shulamit Aloni. 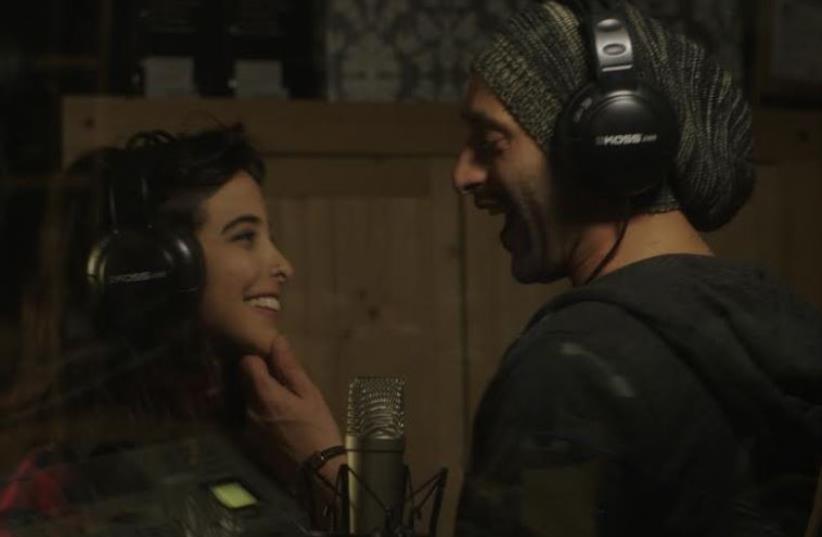 A scene from the Israeli film 'Junction 48'
(photo credit: AMNON ZALAIT)
Advertisement
An Israeli filmmaker whose movie took home a prize at a prestigious Berlin film festival was recorded by Channel 10 as telling an audience in the German capital that the government in Jerusalem was “fascist.”Udi Aloni, the director of Junction 48, told festivalgoers in Berlin that German Chancellor Angela Merkel was wrong to sell submarines to Israel.Aloni, the son of the late education minister and prominent left-wing politician Shulamit Aloni, said that Israel was a country in which “a white [Jewish] man” like himself could speak freely while non-Jews were forbidden from doing so.Aloni mentioned the case of Mohammad al-Qiq, the Palestinian journalist who has been on a hunger strike for three months in protest of being placed in administrative detention.The Supreme Court supported the government’s position that Qiq was involved in terrorist activities on behalf of the Islamist movement Hamas.“Merkel doesn’t mention the occupation and she sells to [Prime Minister Benjamin] Netanyahu submarines so that he can continue with these things,” Aloni is heard saying. When asked about his film, he said that the main character, Tamar, is “such an amazing guy because he grew up in Lod and from the start he sings about how Israel is the terrorist.”Aloni's Junction 48 took the Panorama Audience Award for best fiction film. Another Israeli film, Who's Gonna Love Me Now? by Tomer and Barak Heymann was voted best Panorama documentary.Junction 48 tells the story of an Israeli Arab rap star and his girlfriend who live near Tel Aviv in the mixed Jewish-Arab city of Lod, known until recently as one of the main drug-running centers of the Middle East.The film, whose dialogue is almost entirely in Arabic, was produced with funds from Israeli government ministries.When contacted by Channel 10, Aloni said that his remarks were aimed at the Israeli government, and not the country, for which he professed his “love.”"Unlike Netanyahu, who spreads hatred, this film spreads love," Aloni told Channel 10.Aloni’s remarks will surely add impetus to Culture Minister Miri Regev’s efforts to deny state funds to institutions and entities that are “subversive.”Last month, Regev presented her “Loyalty in Culture” proposal to the Knesset Education, Culture and Sports Committee on Wednesday, emphasizing that she did not intend to act as a censor or censure any cultural institution.“Freedom of expression is part of the DNA of the State of Israel and I have no intention of harming this, but the state will not fund any cultural institution that subverts it or that burns the flag,” she told the committee.“We all respect the principles of democracy and the State of Israel being a Jewish and democratic state. I will not allow the subversion of the foundations of the state, especially when it is government-funded. What is this outcry? That I ask that a funded institution will abide by the law?” she added.Referring to herself in the third person, she said: “Miri Regev did not invent any new law. I want to introduce an amendment that the minister who releases funds can also withhold them,” she told the committee. Regev’s proposed bill would withhold government funding to cultural institutions that incite to racism, violence or terrorism, or support armed conflict of terrorism against Israel.Lidar Grave-Lazi and Reuters contributed to this report.