Liberman said he believed the two sides had exchanged documents containing each other's demands and that the Palestinians were demanding that the IDF stop entering Area A in the West Bank. 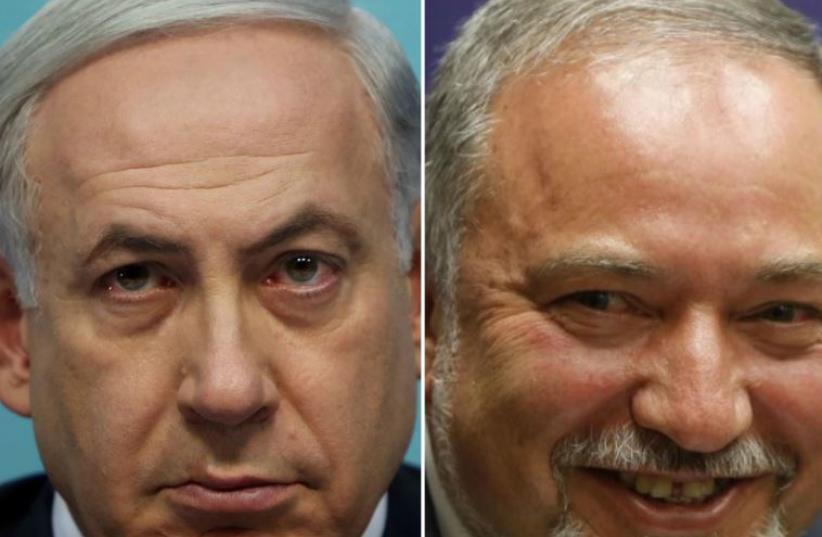 Prime Minister Benjamin Netanyahu (L) and Yisrael Beytenu chief Avigdor Liberman
(photo credit: AFP PHOTO)
Advertisement
Prime Minister Benjamin Netanyahu's associates denied charges from Yisrael Beytenu leader Avigdor Liberman Thursday that he is conducting secret negotiations with Palestinian Authority chairman Mahmoud Abbas.In an interview with Ynet website, Liberman said the prime minister was hiding secret talks from the members of his security cabinet. As proof, Liberman cited Netanyahu's repeated invitations to Abbas to meet with him at any time and Israel stopping its efforts to persuade the PA to pay its debts to the Israel Electric Company.Liberman said he believed the two sides had exchanged documents containing each other's demands and that the Palestinians were demanding that the IDF stop entering Area A in the West Bank, which is under full Palestinian control according to the Oslo Accords.As further proof, Liberman cited negotiations between Likud and the Zionist Union on a national unity government that were stymied by the probe of Zionist Union leader Isaac Herzog. Liberman has repeatedly refused to join the government unless a long list of demands are accepted, including requests that would be unacceptable to United Torah Judaism and Shas.Netanyahu's spokesman for the foreign press, David Keyes, said in response that the prime minister has repeatedly called on Abbas to meet and said that the first item on his agenda would be for him to stop preaching hatred against Israel, but Abbas has not responded.