Beilin said he and other leaders of his Geneva Initiative go to Ramallah every month or two to meet with their Palestinian counterparts with whom they worked on the initiative 12 years ago. 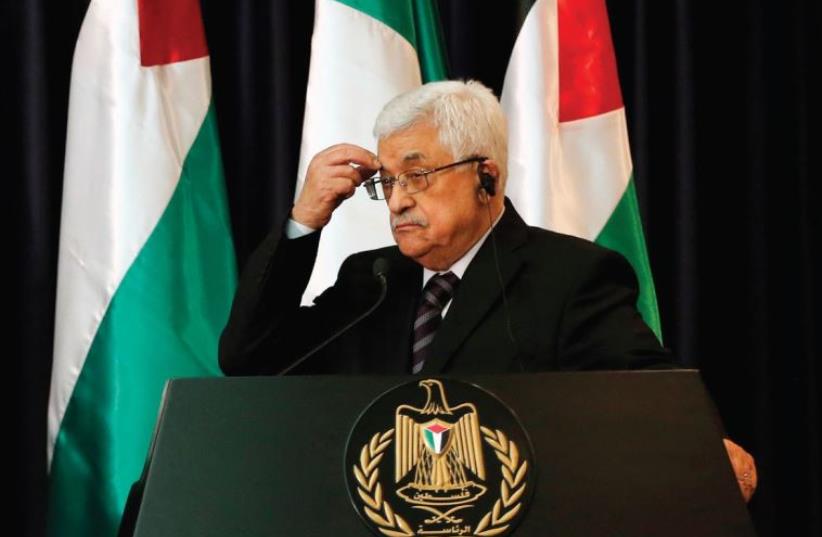 Palestinian President Mahmoud Abbas
(photo credit: REUTERS)
Advertisement
An upcoming meeting between former Meretz leader Yossi Beilin and Palestinian Authority chairman Mahmoud Abbas was canceled on Monday after Defense Minister Avigdor Liberman rejected Beilin’s request to enter Ramallah.Beilin said he and other leaders of his Geneva Initiative go to Ramallah every month or two to meet with their Palestinian counterparts with whom they worked on the initiative 12 years ago.The Palestinians involved in the initiative also regularly visit Israel to meet with Beilin.“We always get proper authorization, and we have never been turned down except during war like in July 2014,” Beilin said.The group was supposed to meet with Muhammad Madani, as aide to Abbas, whose entry permit into Israel was revoked by Liberman last month. When Madani told Abbas that the meeting had been set, Abbas invited Beilin for lunch.But Beilin was surprised to hear from IDF Central Command that his request to enter Ramallah had been denied.The Defense Ministry then told Beilin that the reason was “security reasons.”Liberman’s office told The Jerusalem Post and Channel 10, which originally reported the story, that the permit was not approved because the group asked to meet not with Abbas but with Madani, whose entry permit was revoked for subversive behavior.The defense establishment received information that Madani was undermining Israel and trying to help people who serve the Palestinian Authority advance politically in Israel, a source close to Liberman said. Beilin rejected the charge.“If that is the story, tell us we did not get approved because of Madani and we’ll cancel Madani and meet Abbas,” Beilin said. “It’s chutzpah to reject our permit for that reason, because there are many people who can’t come into Israel who we meet with all the time. It’s very angering.My feeling is that because Liberman cannot carry out his dreams on security issues, he is blocking us from meeting with the Palestinians because he has the authority to do that.”