Liberman spoke during his Questions Hour, in which MKs may ask him anything without telling him in advance. 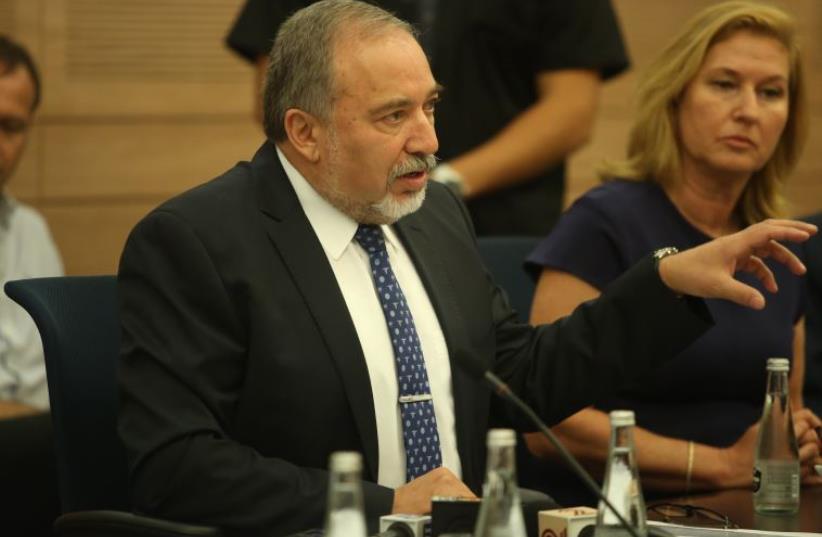 Avigdor Liberman
(photo credit: MARC ISRAEL SELLEM)
Advertisement
Checkpoints in the West Bank are chaotic and must be improved, Defense Minister Avigdor Liberman said Monday.Liberman spoke during Questions Hour, in which MKs may ask him anything without informing him in advance.MK Abdel-Hakim Haj Yahya (Joint List) asked defense minister about conditions at checkpoints, where Palestinians often complain they have to wait for hours to enter Israel. Israelis also often get stuck in traffic jams at highway checkpoints.Liberman responded that there are not enough stations or manpower at the checkpoints.“What’s happening at checkpoints is unreasonable, and there is no doubt it harms our security,” he stated.The defense minister explained that the Airports Authority, Defense Ministry and Public Security Ministry all deal with checkpoints, creating a “complicated chaos.”Liberman expressed hope that the matter will be taken care of in next year’s budget, “to improve things from every perspective – security and humanitarian.”MK Yoel Hasson (Zionist Union) asked Liberman about the government’s recent agreement with Turkey, and the defense minister said the most important issue is how it impacts on bilateral ties with Egypt.Egypt, he said, “is our most important and serious ally in the Middle East and among Arab states.“I personally invested a lot of effort in building relations built on trust and cooperation,” Liberman added.As for Turkey sending ships to Gaza, Liberman said as long as it’s humanitarian aid and Israel can supervise what enters Gaza, he has no problem with Turkish supplies being sent via Ashdod to the coastal strip.