The acting minister of the Regional Cooperation Ministry, said that he is pushing to create an additional border crossing with the Hashemite Kingdom. 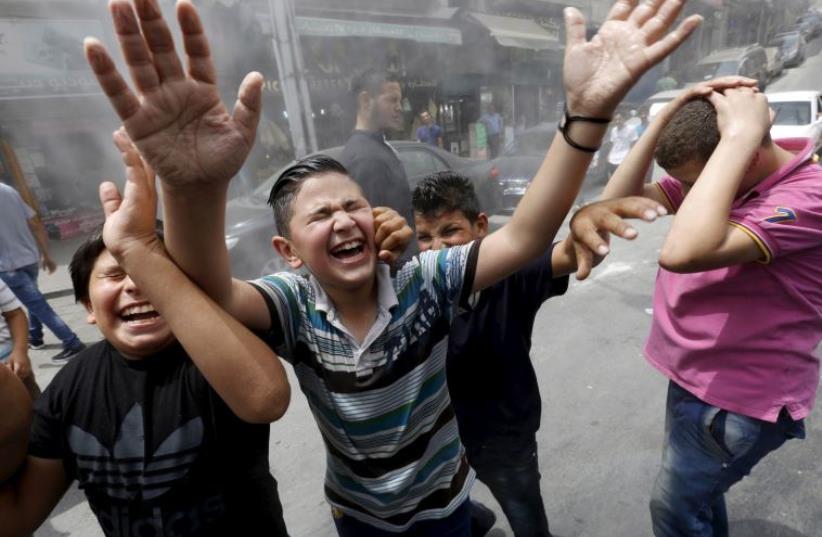 Children react as personnel from the Greater Amman Municipality spray them with a water sprinkler in order to cool them down as part of measures to ease the effect of a heatwave in Amman
(photo credit: REUTERS)
Advertisement
Israel should expand ties with moderate Arab states and take advantage of the united fight against Islamic State and other radical groups, Deputy Regional Cooperation Minister Ayoub Kara told The Jerusalem Post on Sunday.Kara (Likud), the acting minister of the Regional Cooperation Ministry, said that he is pushing to create an additional border crossing with Jordan, which would facilitate the back-and-forth of tourists traveling and that of Jordanian day workers.In addition, he said, it would serve to strengthen relations with Amman and boost its economy, which is an Israeli and American interest.After touring the Dead Sea region on Sunday with the head of the Tamar Regional Council, Dov Litvinoff, Kara said he envisions much smoother and quicker travel around the area and to other tourist sites such Petra in Jordan.The deputy minister is helping organize a meeting next month with the Tamar Regional Council and relevant government officials in order to move towards a decision on opening a new crossing.Asked if Prime Minister Benjamin Netanyahu is on board with the plan, Kara responded that he agrees with his view that Jordan is an important strategic ally that should be supported.“Because of the situation in Syria and the region, I think Jordan has become much more important for us,” said Kara.“We have to improve connections with Saudi Arabia and other moderate Arab states, and then we need to make it easier for Jordanian tourists to come here,” he said, adding that it is preferable for Israel to bring in Jordanian day laborers than to use the labor from illegal African migrants.