Livni: A referendum is needed now, to see if Israel is going in a two-state direction

“There is a regional window of opportunity,” to solve the Israeli-Palestinian conflict, Livni said. “But the glass ceiling is rising, and Netanyahu is unable to rise up and seize the opportunity.” 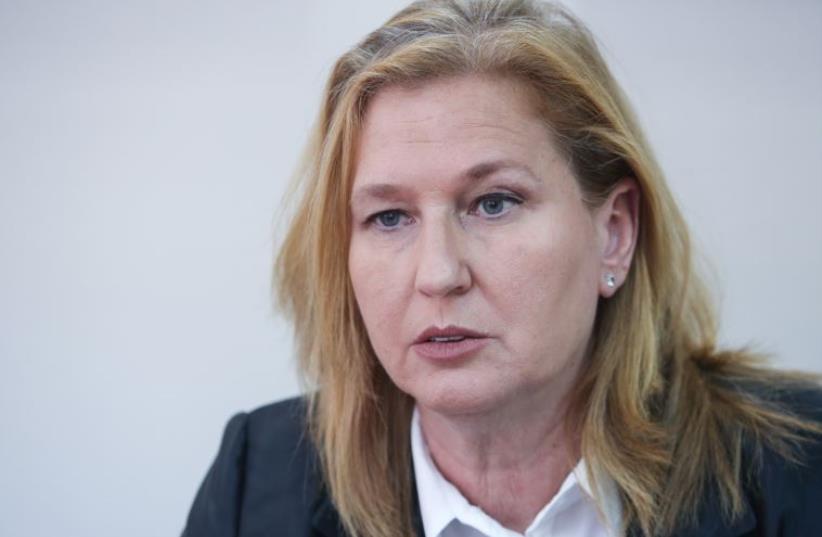 Tzipi Livni
(photo credit: MARC ISRAEL SELLEM)
Advertisement
Zionist Union MK Tzipi Livni called for a national referendum Saturday afternoon, to determine the progression of the Arab-Israeli conflict, a “problem” looming over the State of Israel for “nearly fifty years.”“We need to know in which direction we’re going –  two countries or one,” Livni said. “Without solving this problem, Israel will not be able to redeem itself as a Jewish and democratic nation.”Livni, speaking at an event in Rishon Lezion, said that the settler minority has taken control over the majority in Israel, influencing the behavior of leaders and shaping government policies and decisions. “They must be stopped,” she said.“There is a strong cry here from people who see what is happening to our beloved country, disintegrating with the loss of it’s democratic values,” Livni said. “It is important that these cries are coming from former Defense Ministers,” she said, referring to Moshe Ya’alon and Ehud Barak, who each independently criticized Netanyahu’s leadership in speeches made at the Herzliya Conference this past week.“They know from their time in office that the Israeli government carries out the desires of a minority, [they are influenced by] the Yesha Council, which dictates the agenda of the government."The Yesha Council, an umbrella organization of municipal councils of Jewish settlements in the West Bank, promotes Jewish settlement in the West Bank and lobby for it in the Knesset.“They must be stopped,” Livni said. “The minority has taken control with the help of collaborators in government.”Prime Minister Benjamin Netanyahu, according to Livni, is leading the pack.“You can’t address democracy in Israel while tip-toeing around the main issue,” said the Zionist Union MK. The Israeli-Palestinian conflict is looming above us, creating contention both within Israeli society and between Palestinians and Israelis. “The conflict is not controlled by us, but rather controls us.”“Democracy is taking a hard hit, because those who want a united Israel [rather than two-states] know that it is impossible to absorb a population of 2.5 million Palestinians.”She warned that democracy is in danger of reaching a point where it is simply a technical, rather than an ethical matter.“Today we have two countries, on each side of the Green Line, with two independent governing bodies, and two different moral and ethical guidelines,” Livni said. “Generals who speak of democracy know this, but are scared to acknowledge it due to political considerations – because it will be perceived as left-wing, or as giving in to the Palestinians.”Israel needs a referendum “now” to determine which direction it was heading in, Livni argued. The decision of whether to work towards a two-state solution or towards a single united nation should be a national one, in order to “take back our democratic Jewish Israel.”Netanyahu is scared to move forward with a two-state solution because of Bayit Yehudi chairman Naftali Bennett, she said. “Netanyahu freezes settlement building, but is scared to speak up about it. He says two-states for two people,” but nothing comes of it.Due to Netanyahu’s lack of action, “Israel is stuck in a daydream, moving aimlessly,” she said.Livni said a referendum would determine whether Israel would move back in a Jewish-democratic direction, or down the heavily-Yesha influenced Jewish-non-democratic direction it is currently headed in.“There is a regional window of opportunity,” to solve the Israeli-Palestinian conflict, Livni said. “But the glass ceiling is rising, and Netanyahu is unable to rise up and seize the opportunity.”