The “Shira Banki bills” include establishing civil unions, requiring education for equality and tolerance among other policies meant to counter hate-crimes. 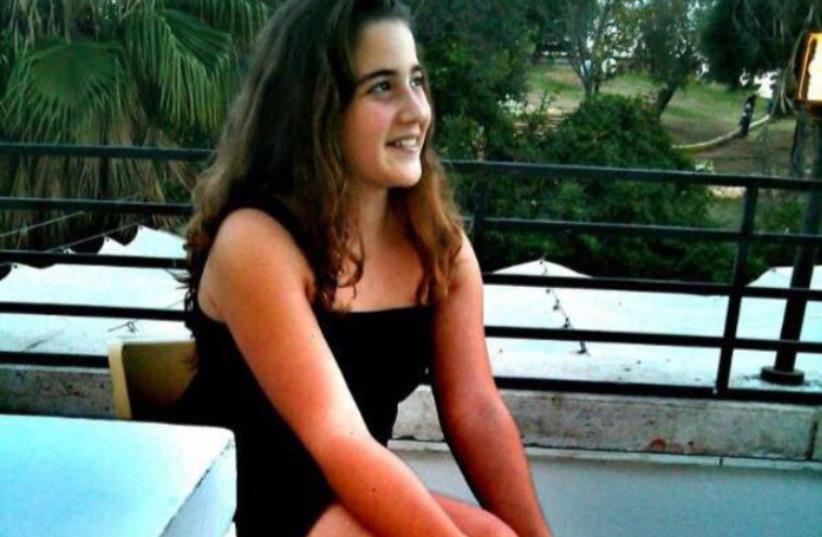 16-year-old Shira Banki who succumbed to wounds after being stabbed in Jerusalem gay pride parade attack
(photo credit: FACEBOOK)
Advertisement
MK Tzipi Livni (Zionist Union) proposed a legislative package of gay rights bills in memory of the 16-year-old who was stabbed at the Jerusalem LGBT parade, a week after she died of her wounds.The “Shira Banki bills” include establishing civil unions, requiring education for equality and tolerance, prohibiting conversion therapy – to convince gay people to be or act straight – regulating surrogacy and supervising hate criminals after they’re released from prison.Livni’s goal is to bring the proposals to a vote at the opening of the Knesset’s winter session, in October, as a legislative response to hate crimes and discrimination against lesbian, gay, bisexual or transgender people, and give the government an option to back up their condemnations of violence with actions.“The Shira bills are meant to be a deterrent and make it clear to anyone planning a hate crime and thinks that violence and racism are the way that their actions will be met with the advancement of equality and tolerance in Israeli society,” Livni said.The Zionist Union MK called the message she is sending “Zionist, values-based and practical” and pressed for the government to support the bills.Livni’s civil unions bill, which she already proposed during the Knesset’s summer session, creates a track of rights and responsibilities parallel to marriage for any - one who does not want to go the religious route in establishing a family in Israel. The civil unions would be legally equal to marriages by law.The education bill would require the education minister to set a curriculum on equality and tolerance for all types of schools in Israel for all population groups.“It’s not enough to add to Israel Gay Youth’s budget, as the education minister suggested. Education for tolerance and equality, and providing the tools to educational staff on the topic must be a central anchor in the education system for all population groups, immediately,” Livni said.One of the “Shira Banki bills” was proposed by MK Revital Swid (Zionist Union) and would have the state keep track and have a database of hate criminals who were released from prison, as it does for sex offenders.