The amount of school days will not change, as two of the long weekends will be during the summer and the other four will be taken out of Passover and Hanukka vacations. 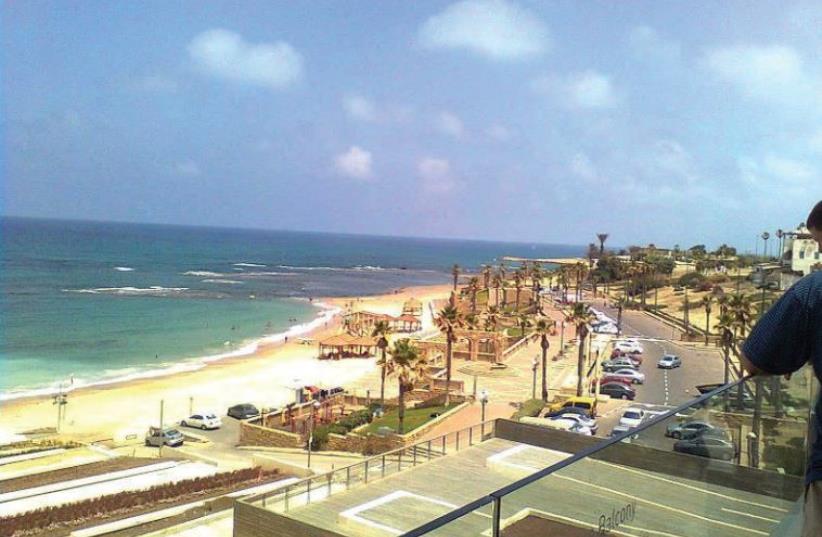 GIVAT ALIYA BEACH in Jaffa is seen from the balcony of the Peres Center for Peace
(photo credit: DANNY SAVILLE / WIKIMEDIA COMMONS)
Advertisement
Israelis can look forward to an extra 24 hours of matkot during a hot summer day, or taking in a movie on a cold winter’s night, if a bill approved by the Ministerial Committee for Legislation allowing for six three-day weekends per year becomes law.The proposal by MK Eli Cohen (Kulanu) is meant to be an intermediate stage toward eventually moving to having Sundays off each week.“Moving to a long weekend will dramatically change the characteristics of labor,” said Cohen, “and has many benefits including reducing exhaustion of workers, improving the balance between work and family life, improving quality of life, contributing to economic branches like trade and tourism, and synchronizing vacation days between schoolchildren and their parents.”The Kulanu MK said Israelis work an average of 43 hours a week, compared to the OECD average of 40 hours, and argued that working too many hours lowers productivity, pointing to OECD studies showing that the Israeli workforce has relatively low productivity compared with hours worked.A recent Histadrut study also showed that there is a clear inverse correlation between longer workdays and GDP per capita, a measure of output per person.Following the bill’s authorization in the ministerial committee, each coalition party now will choose a representative to join a committee to determine an agreed-upon outline for the bill that will be put to a vote in the Knesset.Cohen’s proposal is for the long weekends – Friday, Saturday, Sunday – to begin in 2017, reducing the work load for every two months by 8.5 hours.The number of school days will not change since two of the long weekends will take place during the summer, and the other four will be taken out of Passover and Hanukka vacations.Shahar Turjeman, CEO of the Daka-90 travel website, who is also chairman of Parents for Coordinated Vacations with their Children, expressed support for the move, saying it is the first step toward synchronizing children’s vacations from school with their parents’ work days.Histadrut chairman Avi Nissenkorn, meanwhile, called for shortening the workweek even more, to 40 hours.Manufacturers Association of Israel President Shraga Brosh argued, however, that the plan would have high costs for the economy, which he estimated at NIS 8 billion a year, or 1% of GDP.He said he secured an agreement from both Cohen and the government not to move the proposal forward without his full agreement “on the implementation model of the law, and the ways to significantly increase productivity, the standard of living and growth in Israel.”Brosh cited an MAI survey of 210 companies on the proposal showing that 55 percent thought it would reduce output, while 30% thought it would lead them to reduce their workforce in Israel.Cohen has argued that the extra day off might, itself, boost productivity in many sectors of the economy, but there could be a split between how it affects service- oriented businesses and manufacturing.Whereas a lawyer or accountant’s office could theoretically squeeze the same amount of work into less time, as Cohen argues, Brosh has noted that getting a factory to produce more in less time requires substantial investments in, say, machinery.