Coalition chairman Bitan: 'Meir Dagan was an extreme right-winger and left the Mossad the opposite. I believe this is a transformation that people in this position undergo.' 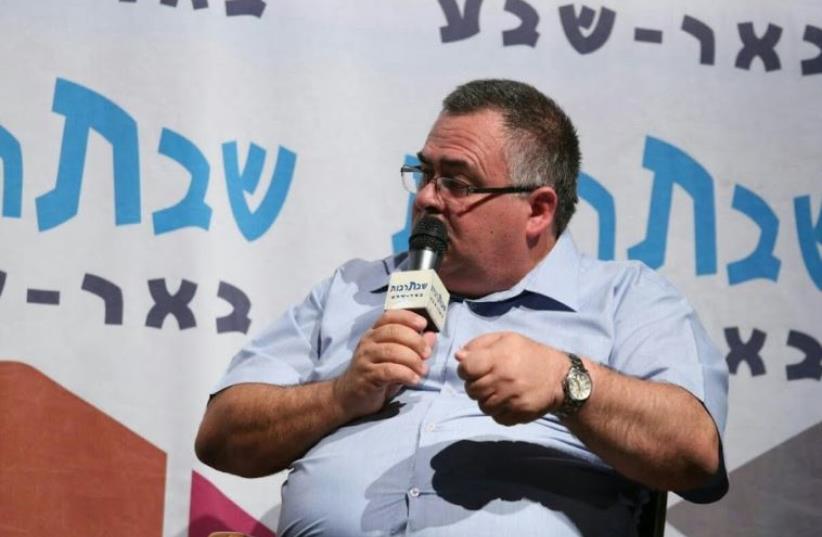 Coalition chairman David Biton
(photo credit: BEERSHEBA SPOKESPERSON)
Advertisement
Mossad and Shin Bet (Israel Security Agency) chiefs join the political Left during their service, coalition chairman David Bitan (Likud) claimed Saturday.“Something happens over the years in this position. I believe this is an evolution that happens in the framework of the position,” Bitan said at a cultural event in Beersheba.“There is a problem with the Mossad and Shin Bet’s head positions.Something there makes them leftists. Meir Dagan was an extreme right-winger, but after he entered the Mossad and left the organization, he was the opposite.”Bitan said that former Mossad director Dagan came to the Likud branch in Rishon Lezion, of which Bitan was a member, and requested to run in the Likud primary prior to his appointment as Mossad director. However, after leaving the Mossad, stated Bitan, Dagan’s political stance flipped from one end of the spectrum to the other.“Everyone there [in the Mossad and Shin Bet] are leftists apart from [Likud MK] Avi Dichter,” a former Shin Bet chief, Bitan said.During the event, Bitan also addressed former defense minister Moshe Ya’alon: “His main issue is that he was a great commander in chief of the IDF. We don’t need a defense minister who serves the army instead of serving the state. There is a problem with commanders that turn into defense ministers. They think that the position is lifelong.”Ya’alon said in response via Twitter on Saturday that “dangerous political attempts to destroy the defense establishment and to incite against its leaders are continuing systematically.”The former defense minister called the trend “embarrassing and worrying,” adding that, “for this, we will pay a very high price.”Bitan also came out against former prime minister Ehud Barak, who unprecedentedly attacked Prime Minister Benjamin Netanyahu during the Herzliya Conference.He commented that “Barak was a very political commander in chief. Only Moshe Dayan was more political. He was a failure as prime minister. He lives in New York and comes to Israel every once in a while to smear others.”Bitan also rejected the possibility that Defense Minister Avigdor Liberman would return to the Likud Party.Regarding comments on a possible Zionist Union entrance into the government, Bitan said, “Their demands require the removal of Bayit Yehudi, to which we cannot agree. [Zionist Union leader Isaac] Herzog will be able to elect no more than 10 MKs from the Labor Party. If Bayit Yehudi were to leave, he would elect 20.”Opposition leader Herzog said Bitan’s comments were a declaration of war by the Likud against the country.“Bitan said dangerous things,” Herzog stated. “We can joke about them or say they were a slip of the tongue, but I think he knew very well what he was saying.”Herzog expressed outrage that Bitan “dared to attack the heads of our security and hint that their stances on matters of life and death are influenced by politics, thus saying to the public: I don’t trust them, neither should you.”The opposition leader wondered how “bizarre and irresponsible” one has to be to join the Likud.