Deal set to be largest-ever US foreign defense guarantee. 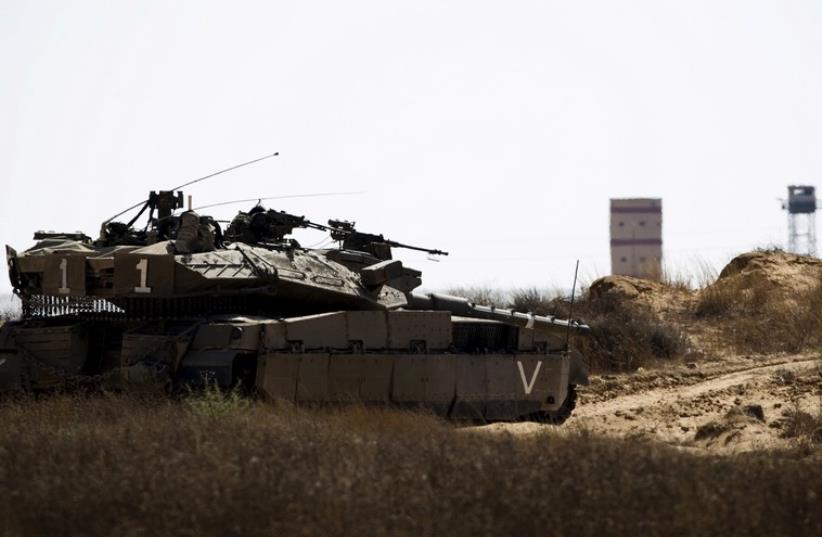 An IDF tank takes position along Israel's border with Egypt's North Sinai
(photo credit: REUTERS)
Advertisement
Acting National Security Council head Yaakov Nagel is scheduled to fly to Washington on Sunday in an effort to conclude months-long negotiations over a new 10-year defense package for Israel known as the Memorandum of Understanding.The current MoU, which provided Israel with some $30 billion in military aid over the last decade, expires in October 2017.Senior administration officials told The Jerusalem Post not to expect the deal to be completed by the end of Nagel’s visit, but confirmed that negotiations are in the final stages.The deal is set to be the largest US foreign defense guarantee in history. US National Security Adviser Susan Rice, with whom Nagel is conducting negotiations, told an American Jewish Committee conference last month that “Israel currently receives more than half of the United States’ entire foreign military assistance budget, and we’re discussing a new agreement with Israel that would guide our military assistance until 2029.“Even in these days of belt tightening, we are prepared to sign the single largest military assistance package – with any country – in American history,” she said. “It would constitute a significant increase in support, and provide Israel the funding to update much of its fighter aircraft fleet, substantially enhance the mobility of its ground forces and continue to strengthen its missile defense capabilities.”The final package is expected to be in the range of $38 billion over 10 years, including supplemental funding for missile defense. This would constitute about a $4 billion increase in the $34 billion in military aid Israel received over the past decade, which included $30 billion under the MoU, and another nearly $4 billion from 2007-2017 in supplemental missile defense aid.In the MoU under negotiation, the missile defense funds would be locked into the overall sum. Although this would still mean an increase of about $4 billion in the overall package, the terms of the deal are expected to be different.While under the current MoU, some 26 percent of the annual $3 billion could be converted into shekels and spent in Israel, this will gradually be done away with and by the end of the next 10 years all of the money will have to be spent in the US, something that will have an impact on Israel’s defense industry.Prime Minister Benjamin Netanyahu will likely come under domestic criticism once the final deal is signed – despite it being the largest package in US history – with opponents saying he could have gotten a better defense package had he negotiated a deal prior to, or just after, the signing of the Iran nuclear agreement last summer when there was a great deal of sentiment in Washington at the time for the need to compensate Israel for the agreement.Michael Wilner in Washington contributed to this report.