Joint List MK Zahalka shoots back at the prime minister saying his call is "baseless." 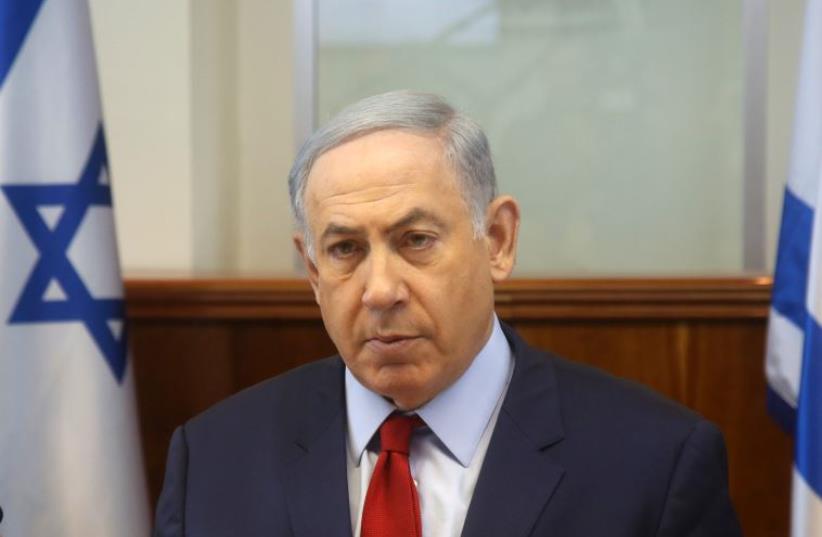 Prime Minister Benjamin Netanyahu at the weekly cabinet meeting, March 20, 2016
(photo credit: MARC ISRAEL SELLEM/THE JERUSALEM POST)
Advertisement
Prime Minister Benjamin Netanyahu on Friday called for Attorney-General Avichai Mandelblit to oversee an examination into whether comments made last week by Israeli-Arab MK Jamal Zahalka (Joint List) about keeping Jews off the Temple Mount constitute incitement.Zahalka shot back at the prime minister, saying the call was “baseless.”“Netanyahu is attempting to garner cheap popularity through incitement against the Arab sector and its leaders,” Zahalka charged. “I have the right to express my opinion,” he said, adding that “Jews and Arabs have said the same thing. One can disagree with them, but Netanyahu has just turned to shutting the mouths of Arabs. I have one reply: We won’t we silenced.”On Thursday, MKs on the Right and Left called for action against Zahalka after he said Jews must be kept off the Temple Mount “in any way possible” and seemingly called for intensifying the violence of recent months.Zahalka, in an interview for the Palestinian website Dunya al-Watan, called on Palestinians to enlist in efforts to stop what he said was a daily increase in Jewish visitors to the holy site.“We sacrificed 4,000 martyrs for the Aksa Mosque in the second intifada, and the continued ascent of Jews to the Temple Mount caused the outbreak of the current intifada,” he said.“Our people have the right to the mosque, and we must protect it with all of our power. The Palestinian nation is the guardian of the mosque.”Zahalka made what could be understood as a call for more organized, wide-spread Palestinian violence, saying: “The question is whether organizations will join the national struggle and operate on behalf of the entire homeland, or will they leave the struggle in the hands of youth who carry out lone terrorist attacks.”After his interview reached the Israeli press, Zahalka clarified that he was “criticizing the leadership and Palestinian organizations that are not leading grassroots resistance against the occupation and are leaving the field open to isolated actions by youth.There is anger in Jerusalem and the rest of the West Bank and the leadership must direct it toward an effective struggle with a palpable political influence.”Gil Hoffman contributed to this report.