Likud race could be canceled in appeal. 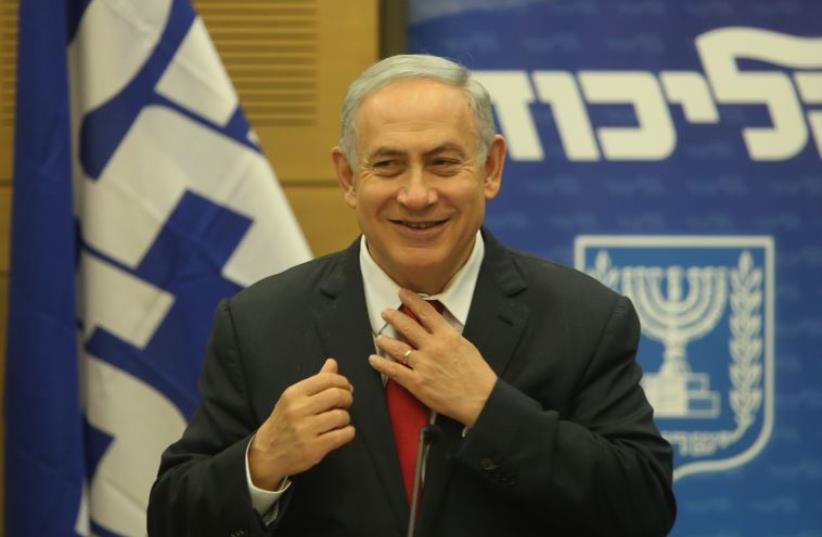 Benjamin Netanyahu
(photo credit: MARC ISRAEL SELLEM/THE JERUSALEM POST)
Advertisement
Prime Minister Benjamin Netanyahu is permitted to raise almost $400,000 for the upcoming election for party head in which he is running against himself, officials in the State Comptroller’s Office confirmed to The Jerusalem Post on Tuesday.State Comptroller Yosef Shapira levied a fine of NIS 30,000 against Bayit Yehudi leader Naftali Bennett last month for spending NIS 1.2 million on a leadership race for head of his party, even though he was not challenged by a serious candidate.Netanyahu has no candidate running against him, but officials in the comptroller’s office, nevertheless, pointed to the fundraising laws for internal party primaries that permit candidates for chairman to raise NIS 1,560,347, or $396,510.28, which is a more relevant figure since, in past elections, Netanyahu made a point of raising all his campaign funds abroad.Officials in Shapira’s office noted that, according to a clause in the law, parties can set a lower fundraising limit, and urged that the clause not be ignored. The officials said every candidate’s contributions are examined in context in reports by Shapira after the election.According to the law, a candidate for chairman in a party with primaries can receive contributions of NIS 31,240 from each donor, or almost $8,000.Interestingly, the law states that if a candidate does not use all the money he raises, he can spend the surplus in a future election as long as it takes place within two years. The last election for Likud leader, in which Netanyahu beat then-MK Danny Danon, took place slightly more than two years ago on December 31, 2014.The Likud’s election committee ruled Monday that the election will take place on February 23, even though the party’s constitution clearly states that if there is only one candidate holding such elections is unnecessary. The election is expected to cost the party NIS 4m.The election could yet be canceled, however.The party’s internal court, headed by former MK Michael Kleiner, will convene on at least two appeals of the election committee’s decision.The first appeal, filed by the head of the Likud’s oversight committee, Avigdor Hadar, asked the court to cancel the election because there is no need for it. Seven judges, headed by Kleiner, will hear that appeal Wednesday.Another appeal, filed by Haifa attorney Aviad Visoli, says the vote by Likud central committee members to approve advancing the party primary to February 23 was illegal and should be canceled retroactively.No date has been set for Visoli’s appeal.Kleiner has already come out against holding the primary.“There is no need to waste millions of taxpayer money to have a one-man election just to say we did it,” he said. “This is not controversial. It’s obvious. It’s A-B-C.”Yonah Jeremy Bob contributed to this report.