Netanyahu dismisses reported probe against him as 'nonsense'

"Every time I go for a historic visit abroad, we hear about investigations," PM tells reporters while in Uganda. "It's nonsense." 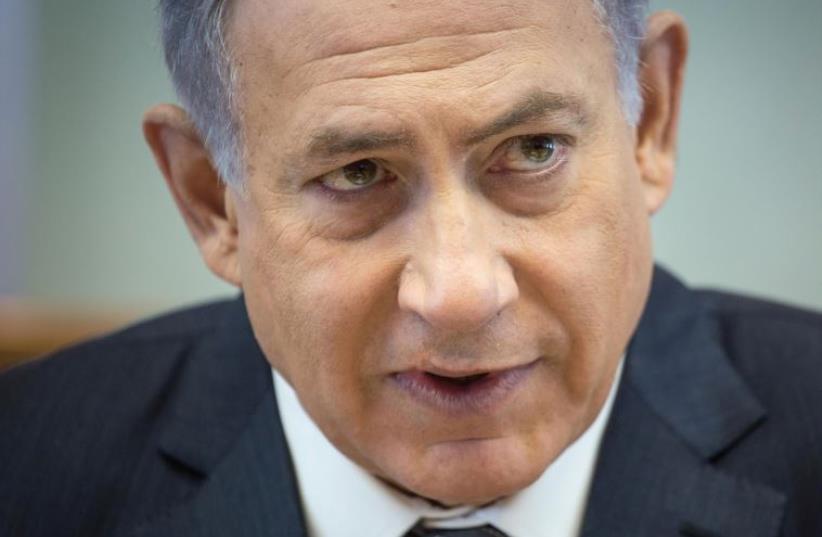 PM Netanyahu
(photo credit: EMIL SALMAN/POOL)
Advertisement
Prime Minister Benjamin Netanyahu may be on a diplomatic visit to Africa, but that did not stop him from responding to reports of a police investigation against him. On Monday, Israel's Channel 2 News reported that the investigation was centered on funds Netanyahu illegally received from foreign business people during his current tenure as premier, which began in 2009."Every time I go for a historic visit abroad, we hear about investigations," he told reporters while in Uganda. "It's nonsense."According to Channel 2, the reported investigation has already begun in Israel and authorities are seeking to carry out judicial inquiries abroad. Police and the State Attorney's Office have reportedly been carrying out the investigating.Netanyahu has charged back that "there is no basis to the claims."In June, Netanyahu's office rejected allegations that French billionaire Arno Mimran transferred millions of unreported funds for the premier's 2009  election campaign.The PMO called Mimran's testimony an "absolute lie that has no basis," and said that Netanyahu did not receive any money from Mimran to finance his campaign.Netanyahu's office admitted to receiving $40,000 from Mimran in 2001 that went toward Netanyahu's fund for public affairs, while he was a "private citizen." The PMO said that the money went toward Netanyahu's public diplomacy efforts for Israel, and its handling was conducted in accordance with the law.