In meeting with South Korean minister, PM says: "We both face the threat of rogue states." 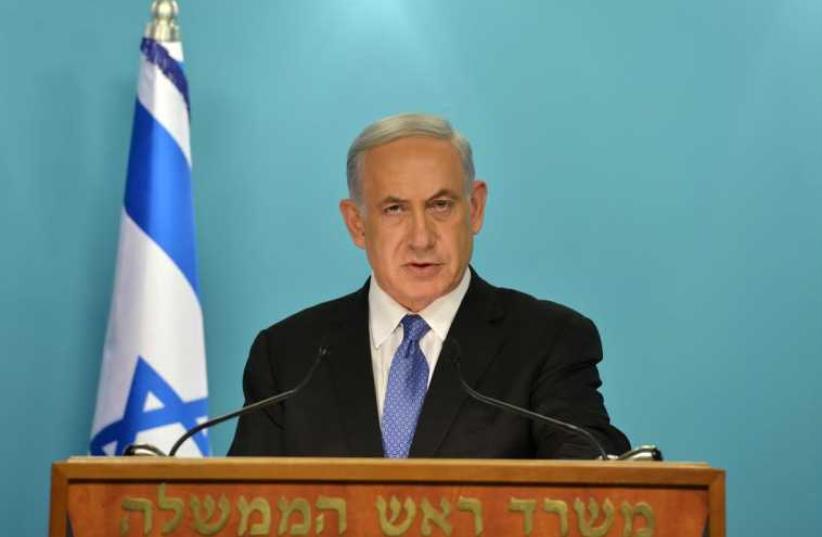 Prime Minister Benjamin Netanyahu, April 3, 2015
(photo credit: KOBY GIDEON/GPO)
Advertisement
Prime Minister Benjamin Netanyahu on Wednesday warned that the recent framework agreement on a Iranian nuclear deal "repeated the mistakes" made during nuclear negotiations with North Korea. The premier reiterated his condemnation of the outline accord reached in early April in Lusanne, Switzerland on Iran's disputed nuclear program, calling it a "historic mistake." During a meeting with with South Korea's Deputy Prime Minister and Education Minister Hwang Woo-yea, Netanyahu indicated that the tentative agreement would lead to the breakout of nuclear weapons in Iran similar to that declared by North Korea in 2009."We remember the lessons from the nuclear negotiations with North Korea. It was said that supervision would prevent enrichment; it was said that the issue would curb North Korean aggression; it was said that North Korea would be moderated within the global community," Netanyahu said, adding that, " unfortunately the Lusanne (Iran) deal repeats these mistakes."  Netanyahu vehemently opposes the framework agreement reached between Tehran and the so-called P5+1 powers, and condemns what he views as its leniency that will allow Iran to gain nuclear weapons capabilities under the radar of proposed supervision. Last week, a Wall Street Journal reported cited Chinese nuclear experts warning that North Korea may already have 20 nuclear warheads and the capability to produce enough weapons-grade uranium to double its arsenal by next year.North Korea has conducted three nuclear detonations, the most recent in February 2013.Pointing toward Iran and North Korea, Netanyahu noted to the visiting South Korean minister that both of their countries "face the threat of rogue states."Reuters contributed to this report.