The prime minister meets with the former head of Shas amid reports of building right wing bloc ahead of next general elections. 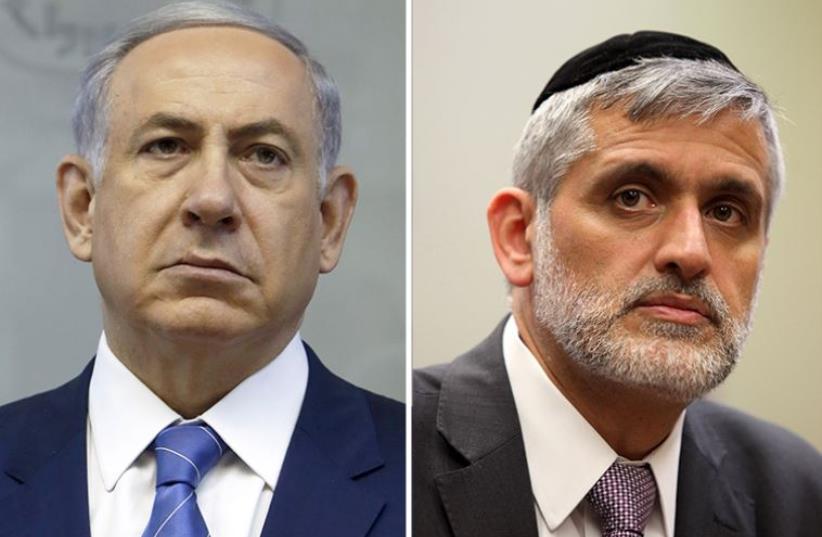 Netanyahu and Yishai
(photo credit: REUTERS,MARC ISRAEL SELLEM/THE JERUSALEM POST)
Advertisement
Prime Minister Benjamin Netanyahu on Saturday night met secretly with the former head of Shas, Eli Yishai, amid reports that the prime minister intends to build a bloc of right-wing parties ahead of the next general election.Yishai was spotted leaving the prime minister’s official residence in Jerusalem at 9:50 p.m. by neighbors of Netanyahu on Smolenskin Street and entering his car parked on Balfour Street.The former minister in Netanyahu’s government would not confirm or deny Sunday that he had met with the prime minister. But Netanyahu’s office confirmed the meeting and said it was intended to make up for the prime minister not getting a chance to visit Yishai’s shiva house when he was mourning the death of his sister.Sources connected to haredi (ultra-Orthodox) parties said the meeting was likely intended to send a message to Shas leader Arye Deri, who is preventing the advancement of a natural gas deal promoted by the prime minister.Yishai broke off from Shas ahead of the March 17 election and ran at the helm of a party called Yahad, which billed itself as to the Right of Likud, Bayit Yehudi, and Shas.Haaretz reported 10 days ago that Netanyahu was working on uniting multiple right-wing parties into a bloc that would run together in the next election, which the newspaper referred to as the Israeli Republican Party.Sources close to Netanyahu denied the report, but not the prime minister’s support for the idea.It was not the first meeting between Netanyahu and Yishai since the election.Haredi journalist Yossi Eliyatuv reported that Yishai was offered a deal in which he would return to Shas. The former minister’s spokesman denied that report and said that “Eli Yishai does not want to be part of the Mafia.”